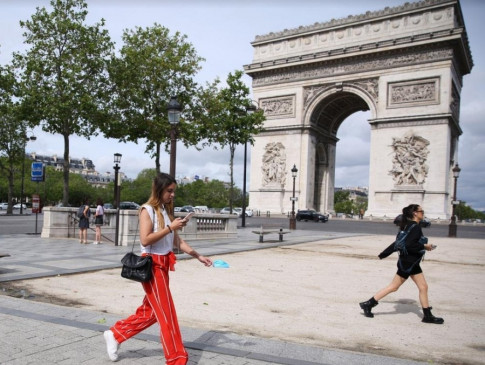 Digital Desk, Paris. The French government has announced new travel restrictions that will come into effect from Saturday. Along with France’s green-orange-red classification scheme for countries according to the coronavirus epidemiological status, the government also introduced a new list marked by scarlet, which includes ten southern African countries, reports Xinhua news agency. . According to the Ministry of the Interior, countries on the scarlet list are those where there is a particularly active circulation of the virus and/or a type of discovery is likely to present a risk of increased transmission.

The ministry said French citizens are strongly recommended against traveling to scarlet and red list countries unless they have compelling reasons to do so. All people arriving from countries on the Green, Orange and Red lists must present a negative PCR (polymerase chain reaction) or antigen test issued at least 48 hours prior to travel.

Travelers to and from the Scarlet Countries and the UK must submit a negative PCR or antigen test 24 hours prior to travel. They will also be tested for corona virus on arrival. Those who test positive will have to be quarantined in hotels allotted by the French health authorities.