Frankfurt and Leipzig close to the Europa League final 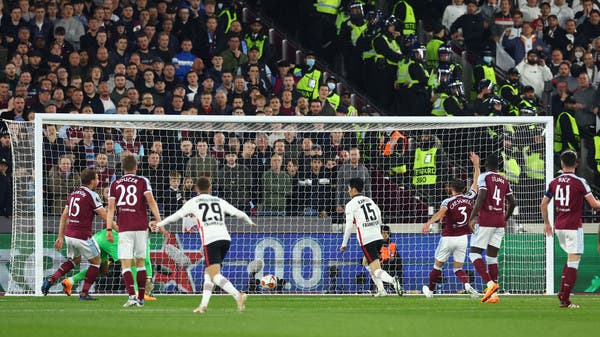 The German teams, Eintracht Frankfurt and Leipzig, took an important step towards qualifying for the European Football Championship final, after the first win 2-1 at West Ham United, while the second beat its guest Glasgow Rangers 1-0 on Thursday in the first leg of the semi-finals of the tournament. Continental.

At the Olympic Stadium in the British capital, London, Eintracht Frankfurt opened the match in the best way after Ansgar Knauf scored an early goal for the German team in the first seconds of the match.

Michel Antonio equalized for West Ham United in the 21st minute, to end the first half with a goal for each team.

The excitement continued in the second half, as the Japanese Daiichi Kamada returned the lead to Frankfurt, after scoring the second goal for the German team in the 54th minute.

In the other meeting, the Spanish player Angelino played the championship role in the match, after scoring Leipzig’s only goal in the 21st minute, so that Glasgow Rangers tried to equalize during the remaining time of the match, to no avail.

And it is enough for Leipzig and Eintracht Frankfurt to draw with their rivals in the second round, which takes place last Thursday in Scotland and Germany, to reach the final match in the tournament, which will be held in Seville, Spain, on May 18.