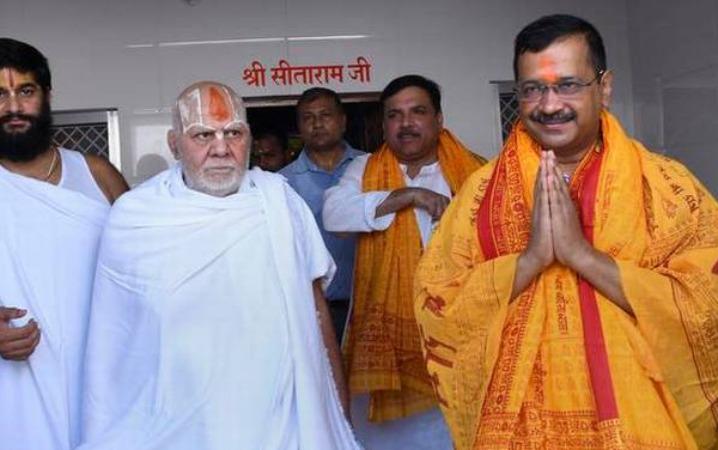 The Delhi Chief Minister is appearing in a case against him in Sultanpur, Uttar Pradesh Arvind Kejriwal He had arrived in Sultanpur the day before yesterday. From there Ayodhya The latter held a consultative meeting with party executives and stayed there that day. In the evening he conducted Deeparadhana on the banks of the Sarayu River in Ayodhya.

Kejriwal then sat with the sadhus there and chanted ‘Jaisreeram’ and attended the bhajans. Swami also performed darshan at the Ayodhya Ram Temple yesterday.

Speaking to reporters, Chief Minister Arvind Kejriwal said, “God has given me strength. With this comes a pilgrimage to Ayodhya Delhiites My government will make free arrangements for all. Already to places including Vaishnodevi, Shirdi Free Sacred Travel The plan is being implemented. That includes Ayodhya. “

He went on to say that next year’s upcoming U.P. He also issued a statement regarding the election of the legislature. He said that if his ruling Aam Aadmi Party rules alone, all UP residents will be able to arrange free pilgrimage to Ayodhya.

In this regard, U.P. Speaking at a BJP meeting in Lucknow, Chief Minister Yogi Adityanath said, ‘Those who have not hesitated to criticize Lord Rama before, see him today. Ayodhya Are coming. At least they have acknowledged the presence of Shri Ram by their arrival. Today, the state remembers those who evicted UP residents unprotected during the Corona era.

In response, Chief Minister Arvind Kejriwal said on his Twitter account, ‘Millions of people will visit Shri Ram through our government’s free tour to Ayodhya. Why is Yogiji criticizing this? ‘ He said.