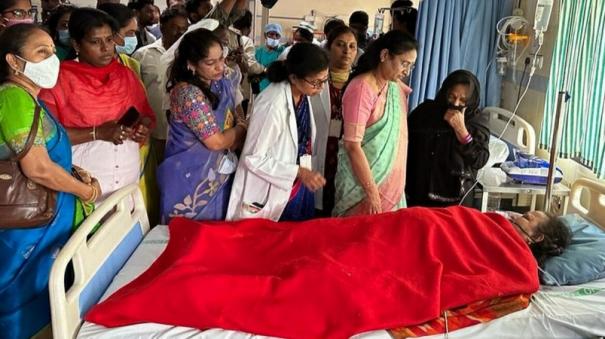 Telugu Desam Party President Chandrababu Naidu was the Chief Guest in the event. Chandrababu Naidu left after speaking at the function.
Following this, distribution of free gifts started. People, who had been patient until then, flocked to buy gifts. Ramadevi (52), Syed Asia (40) and Janhvi (51) died in the stampede. 18 injured people are undergoing treatment in hospital.
The Telugu Desam Party has accused the police of having fun without controlling the crowd during the festival.

It is to be noted that 8 people died due to a stampede at a program attended by Chandrababu Naidu on 28th December. In this case, the families of the deceased will be given Rs. Uyuru Srinivas has announced a compensation of 20 lakhs.