Freedom and Change: We will not negotiate a new partnership with the military component 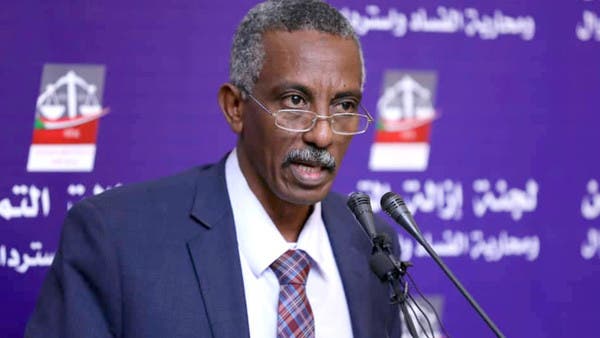 The “Forces of Freedom and Change – the Central Council” in Sudan officially received an invitation from the Special Representative of the Secretary-General of the United Nations and Head of the “UNITAMS” mission in Sudan, Volker Peretz, to hold consultations under the umbrella of the United Nations leading to a round table of dialogue between the political forces in Sudan and consensus among all components to manage the The remainder of the transitional period ends with the formation of an elected government of all the Sudanese people.

The leader of the Forces of Freedom and Change – the Central Council, Wajdi Saleh, told Al-Arabiya.net that it had engaged in a series of meetings as soon as it officially received the invitation, and today, Saturday, it will issue the final position on its acceptance or rejection of the UN initiative.

Saleh said that if the forces of freedom and change accept the initiative, “we will not negotiate a new partnership with the military component. Rather, the army must carry out its tasks in maintaining security and keeping away from the political process in the country.” He explained, “The partnership with the military component in the past period was dictated by certain circumstances, and it turned out that it was aspiring to power, so it turned against the process of civil democratic transformation.”

Higher coordination with the resistance committees

For its part, the Resistance Committees, through their official spokespersons, refused to enter into any new partnership with the Forces of Freedom and Change because of their “failure” in their past experience. In this regard, Saleh said: “We respect all opinions, particularly the resistance committees. The Forces of Freedom and Change evaluated their experience and criticized themselves before everyone else, but they cannot bear failure alone, as there is a partner in government who bears part of the failure,” referring to the military component.

A demonstration in Khartoum last Thursday

In a related context, Saleh said that the Forces for Freedom and Change are in the process of forming a broad political front “that includes all political parties that reject the measures of the 25th of October,” adding that the coordination requested a meeting with the Sudanese Communist Party, but he refused. He indicated that despite this, the Forces of Freedom and Change will continue their contacts with the party and are keen on its presence in the broad front that will be formed. He also said that it is in contact with the “Association of Professionals” and is seeking with it to include the splinter group and the return of the “Professionals Gathering” as one body.