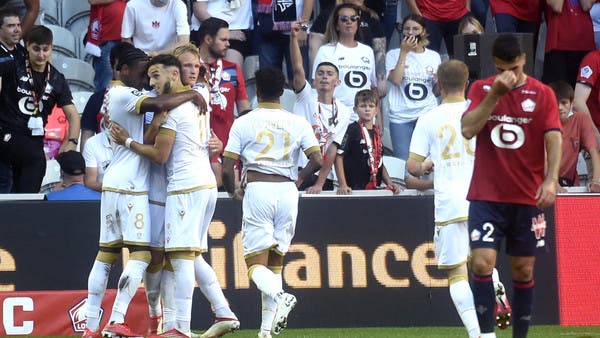 Nice taught defending champion Lille a harsh lesson, winning 4-0 on Saturday in the second stage of the French Football League.

One minute after the start, Casper Dolberg opened the scoring for Nice, and only four minutes later Hicham Boudaoui added the second goal.

Amin Jouiri scored Nice’s third goal from a penalty kick in the 45th minute, before Dolberg finished scoring in the 64th minute by scoring his second and fourth goal for the away team.

The win raised Nice’s tally to four points, to temporarily rise to the top, and Lille’s tally stopped at one point in 16th place.