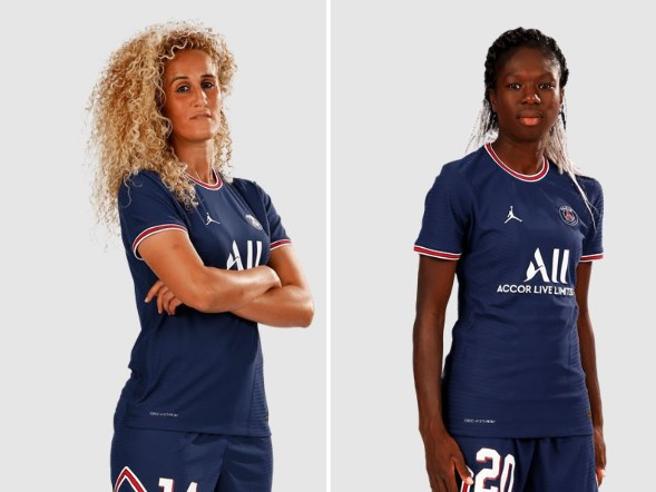 France’s women’s soccer player, Aminata Diallo, was placed in custody on Friday, on suspicion of orchestrating the attack on her former Paris Saint-Germain colleague Khaira Hamrouai, along with four other people involved in this case.
Diallo was charged with “extreme violence” and “participation in the offence” by the Versailles public prosecutor.
The Versailles Public Prosecutor’s Office indicated that it had requested pre-trial detention for the 27-year-old player, who has been without a team since the expiration of her contract with Paris Saint-Germain.
“While being held by the police, the men suspected of participating in the attack said that they had been told that Hamraoui should be prevented from playing,” a source said.
Al-Hamrawi (32 years old and 39 international matches with France) was attacked on the fourth of last November when she was in the car with her colleague Diallo, who was stopped by the police at the time and accused of being behind the attack, as she wanted to get a place of Algerian origin in the team’s starting lineup. Parisian.
Diallo was later released due to insufficient evidence, with the accusation that she was behind the assault by masked men who pulled Hamraway out of the car before they beat her with an iron bar, while handcuffing her colleague.
Hamraoui needed stitches and was briefly absent from Paris Saint-Germain, which she returned to last season after defending the colors of Barcelona since 2018.
Diallo has always denied her involvement in this attack, but it seems that the evidence and the confessions of the four arrested persons reinforced the hypothesis of her involvement, prompting the police to arrest her again at dawn on Friday.
She tried to contact her lawyer, Murad Batikh, without getting an answer.
The four men were also charged Friday with “participation in the offense” and “extreme violence” after they were arrested this week.
According to an informed source, these men implicated Diallo in front of the investigators by saying that she was the mastermind, and they also admitted that they were at the scene of the attack, but they denied that they were the ones who struck Hamraoui.