No Result
View All Result
Latest News
Great yoga show in New York Times Square: 3000 people attend 21/06/2021
Character artist fuss showing secret mole .. Netizens who look like her and get excited! 21/06/2021
Moscow authorities have announced the start date of the study of “Sputnik V” for adolescents 21/06/2021
A pump in Kerala that gives three liters of petrol for free even when petrol prices go up! 21/06/2021
International Yoga Day: Yoga Training by the President 21/06/2021
Next
Prev 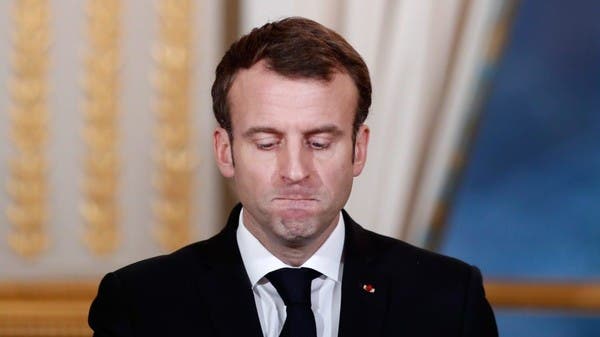 
The repercussions of “slapping” French President Emmanuel Macron continue to this day, as the country’s public prosecutor announced an 18-month prison sentence for the accused.

This came after the president considered the young man’s behavior as evidence of stupidity and violence and had no place in democracy. “When stupidity combines with violence it becomes unacceptable. I listen to anger, and it can be expressed in a democratic way. I always meet people to communicate and understand with them.”

The two young men are accused of assaulting a person holding a public authority in the country, according to the public prosecutor, as Article R624-1 of the Penal Code states that light violence results in a fourth-degree fine, the value of which cannot exceed 750 euros.

But if Macron’s slap results in him being unable to work for less than eight days, the offender will face 3 years in prison and a fine of 45,000 euros.

This law applies to any attacker who assaulted a person holding public authority in the country.

It is worth noting that the slap incident sparked controversy between the French government, which saw it as an “isolated act”, and some analysts who questioned the degree of refusal of the head of state translated by this act, less than a year before the presidential elections.

Yesterday evening, Wednesday, the Public Prosecution announced that the arrested young man was a fan of medieval history and subscribed to websites of the extreme right.

The police also found weapons and a copy of Adolf Hitler’s Mein Kampf in the home of the second suspect, Arthur C., a 28-year-old friend of the assailant who was arrested for filming the video of the incident.

In addition, the entire political class condemned the slap, considering it a dangerous gesture that undermines democracy, while the authorities downplayed its danger.

While other supporters of Macron, such as the head of the majority bloc, Christophe Castaner, saw this incident as evidence of the will of the head of state and his insistence on going out to meet the population, as he began a tour last week to feel the pulse of the street after more than a year of the epidemic.

To resolve his share in the government of Lebanon, Basil seeks help from Hezbollah

Emirates horses face the elite at the conclusion of “Royal Ascot”

A source reported a hard landing in Kuzbass

Drugs at the movie actress’ birthday party .. Police attack at midnight .. Actress booked with him

The heroine got married for the second time at the age of 44 .. even if she has cancer! Concentrated love on personal matters

Italy returns to major competitions after 5 years against Turkey