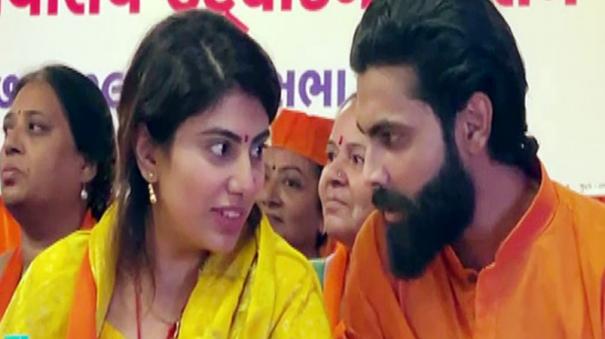 Attention Rivabha: Rivaba Jadeja is one of the candidates who has caught the attention of many in the Gujarat Assembly elections. She is the wife of Ravindra Jadeja, the all-rounder of the Indian cricket team. He was born in 1990 and graduated in Mechanical Engineering. Gujarat Congress leader Hari Singh is a close relative of Solanki. He joined BJP in 2019. Inspired by the activism of Prime Minister Narendra Modi, Rivaba Jadeja, who joined the BJP, has already started various public works here with a view to contesting the Jamnagar North constituency. As he expected, Jam Nagar North block was given to him.

Competitive Candidates: Bibendra Singh Jadeja contested on behalf of the Congress Party and Ahir Karshanbhai Parpatbhai Karmur on behalf of the AAP. Congress candidate Bibendra Singh Jadeja was declared in the lead after the counting of votes started at 8 am. However, Rivaba Jadeja began to take the lead after the continued counting of votes. As of 11.30 am, he is leading by getting around 15 thousand votes. Aam Aadmi Party candidate is second with 7 thousand 235 votes and Congress candidate is third with 5 thousand 288 votes.

BJP Workers Celebration: As the BJP is certain to regain power in Gujarat, the party’s workers are in high spirits. They are showing their happiness by bursting firecrackers and dancing.