From seed to sale: Prime Minister Modi writes a letter to a congratulatory farmer 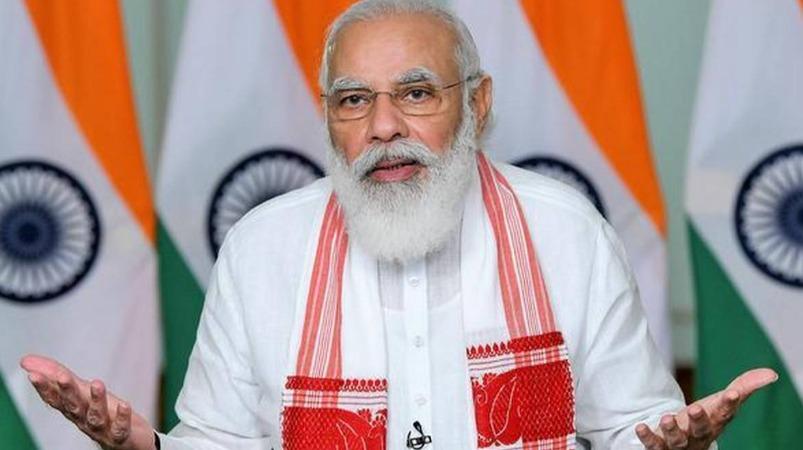 As we are taking continuous efforts to solve every problem of the farmers, from seed to market Farmer Per person Prime Minister Modi Wrote the letter.

Recently, a message of congratulations to the Prime Minister came through a Narendra Modi (Namo) processor from Kimanand, a farmer living in Nainital, Uttarakhand.

Kimanand congratulated the Prime Minister on completing the five-year crop insurance scheme and other initiatives of the government. Thanks to Kimanand for this Prime Minister Modi Has written a letter.

“Thank you for sharing your valuable views on the Government’s ongoing efforts to develop various sectors, including agriculture, and to reach new heights of development in the country.

Such information gives me new impetus to continue to serve the country, ”he said in his letter Prime Minister Modi has told.

Millions of farmers are enjoying the benefits of this farmer-friendly scheme, ”he said.

Referring to the Government’s commitment to agriculture and the welfare of farmers, the Prime Minister said, “The Prime Minister’s Crop Insurance Scheme has emerged over the past five years as an example of our determined efforts for the benefit of farmers through comprehensive insurance and transparent grievance redressal measures.

Today, Seed From the first market, continuous efforts are being made to solve every small and big problem of the farmers and to ensure their prosperity and development of agriculture, ”he said.

Praising the role of the people in the development of the country, the Prime Minister said, “The country is moving fast today to build a strong, prosperous and independent India with all kinds of development.

Driven by the confidence of all the people, the country is committed to achieving national goals. I firmly believe that our efforts to take our country to new heights on the world stage will be further intensified, ”he said.

He said the central government, led by the Prime Minister, was continuing its efforts through various welfare schemes for the development of the people.