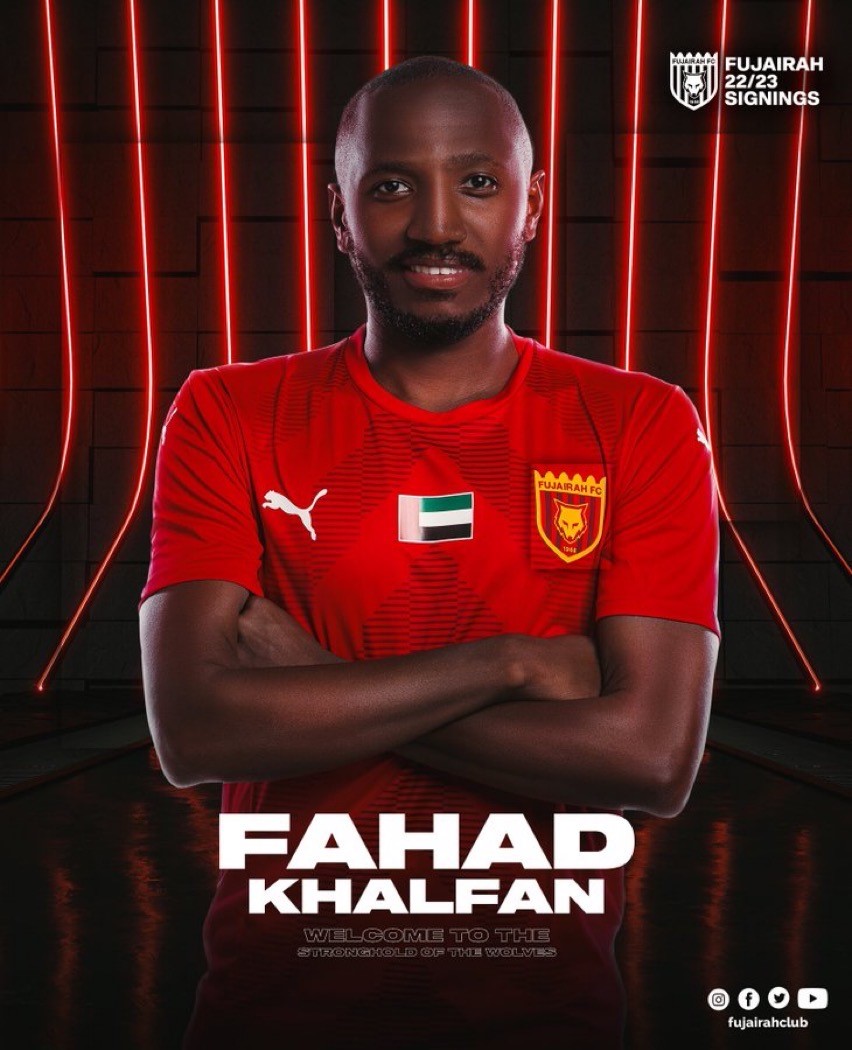 Fujairah Club announced through its official account on “Twitter” that it signed a contract with the duo Fahd Khalfan, who previously represented the teams of Al-Fujairah, Al-Ahly Youth and the Emirates, and Youssef Khalfan, who previously played for the Al-Urba and Dibba Al-Fujairah teams, to represent the “Wolves” in the current season of the First Division Football League.