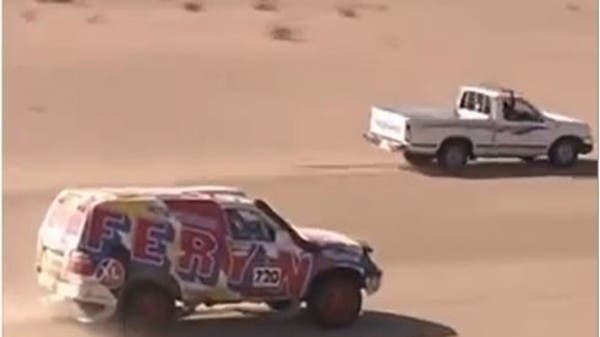 A funny video clip was circulated on social media platforms, which showed a “Daddyson” car running a race with a Dakar Rally racer, victorious over him with his speed, while tweeters interacted, describing it as the funny clip, and that it was the season’s clip for his wit and wit.

It is noteworthy that the Dakar Rally is considered one of the most prestigious races in motorsports, and Saudi Arabia will host the third consecutive edition of the 2022 Dakar Rally Saudi Arabia, and the 44th edition in the history of the most prestigious, famous, and most challenging rally in the world of motorsports, during the period from 1 to 14 January, where This edition is the largest in terms of participation, by attracting about 650 participants, representing 70 nationalities from around the world. The race includes 430 vehicles in various race categories and 148 other vehicles in the “Dakar Classic” category.