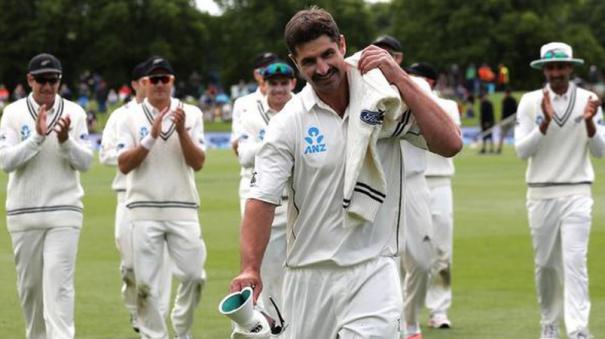 New Zealand fast bowling all-rounder Colin de Grandhomme has announced his retirement from international cricket. He attributed this to injury and back-to-back matches in all three formats of cricket.

“I am happy to have played for New Zealand since 2012. I guess I’m lucky in that respect. I am enjoying this time considering my international cricket career. At the same time I think it is time for me to retire from international cricket. I have been thinking about retirement for the past few weeks. Now I have made a decision on it.

I have taken this decision because of injury and continuous cricket matches. I have a beautiful family. “I have to look at my future beyond the cricket career,” he said.

In the style of Boult, he is also expected to play as a PC in the T20 cricket league in the coming days. It is also reported that he is going to play in the Big Bash League series.