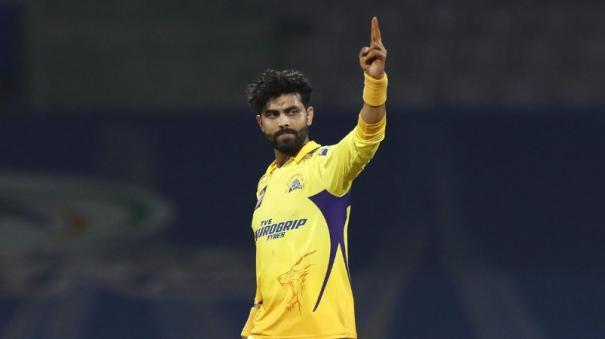 Will all-rounder Ravindra Jadeja continue his journey with Chennai Super Kings in the IPL arena? That is the million dollar question. In this case, he deleted his four-word reply to the Chennai team’s tweet. It has become a talking point among fans. What did Jadeja do?

The 15th IPL season that ended last May was not as good as expected for Chennai Super Kings. Chennai had won just four out of 14 matches. It also finished the series in 9th place.

Dhoni handed over the captaincy to Jadeja a few days before the start of the 15th IPL season. However, due to the series of defeats and poor form in his team, Jadeja handed over the captaincy to Dhoni again. In addition, Jadeja missed Chennai team’s last four matches by not playing. Since then his future with the Chennai team has been talked about.

Jadeja has been playing for the Chennai Super Kings since the 2012 season. Bowling, batting, fielding and mixing in the field very PC. Dhoni is the commander of the force. He has played 142 IPL matches for Chennai. With that, he has captured 1440 runs, 69 catches and 105 wickets.

Jadeja was given priority among the four players retained by Chennai last season. That was the priority given to Dhoni, who has won four IPL trophies, as the second choice. By that, the Chennai team had clearly stated the future plan for Jadeja. Everything was going so well. Except last season.

The Chennai team had posted this tweet on February 4. The tweet was a reference to Jadeja’s 10-year journey with Chennai. Jadeja replied, “10 more to go”.

Now Jadeja is said to have deleted his reply to the tweet. Fans are commenting on it in various ways.

Jadeja has deleted this reply today. Looks like it’s over between him and CSK pic.twitter.com/t5UXVnKo2w

“There is no chance of him leaving Chennai”, “People like Dhoni and Fleming will talk to Jadeja. They will keep him”, “Can pick a quality Indian all-rounder”, “This action is an expression of Jadeja’s immaturity”. Will Jadeja’s journey with the Chennai team continue? That will be known early next year. Let’s wait till then.