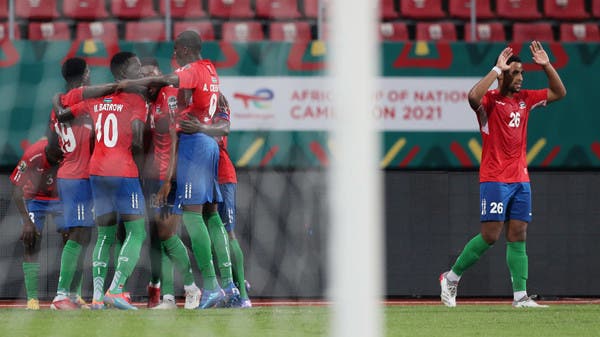 The Gambia team achieved a historic victory in its first appearance in the African Cup of Nations, currently being held in Cameroon, after beating its Mauritanian counterpart 1-0, on Wednesday, in the first round of the sixth group matches of the group stage of the continental competition.

The Gambia team, which is participating for the first time in its history in the African Nations, won the first three points in its career in the group, which is currently sharing its lead with the Mali team, who defeated Tunisia with the same result earlier, in the same round.

On the other hand, the Mauritanian team, which is participating for the second consecutive edition in the African Nations, remained without a score of points.

Able Gallo took the championship role in the match, after scoring the Gambia’s only goal in the tenth minute, while Mauritania failed to equalize during the remaining time of the match.