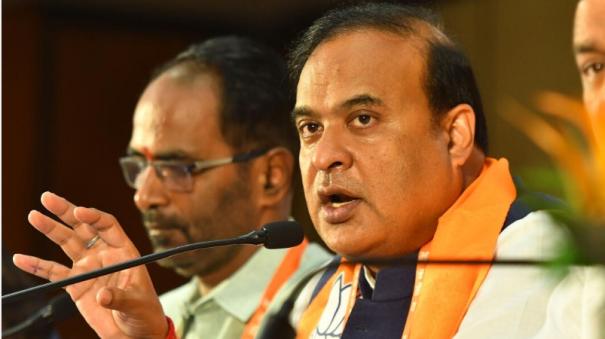 New Delhi: “The Gandhi family is an expired medicine. They cannot do the job for the opposition,” criticized Assam Chief Minister Himanta Biswa Sharma.

They feel that Narendra Modi has forcefully snatched the post of Prime Minister from them and that it belongs to them. Congress should change the idea that it is a normal party. Only then can we see true democracy.

While in power, Congress misused Article 365 to dissolve opposition parties. Narendra Modi poses a major challenge to the Congress’s one-party system. Resists their authority. It was the Congress that created the system of family rule in the country. They are thinking of building a nationwide company from 10 Janpath. But that will never happen again,” said the Assam Chief Minister.

He also said that under the leadership of Prime Minister Narendra Modi, the BJP-led National Democratic Alliance will return to power with a large majority in the coming 2024 parliamentary elections. It may be recalled that Himanta Biswa Sharma, who had been in the Congress party for about twenty years, left the party in 2015 and joined the BJP.