Gandhi, slander about Muslim; Praise for Godse: Prosecution of a Hindu religious leader in Chhattisgarh 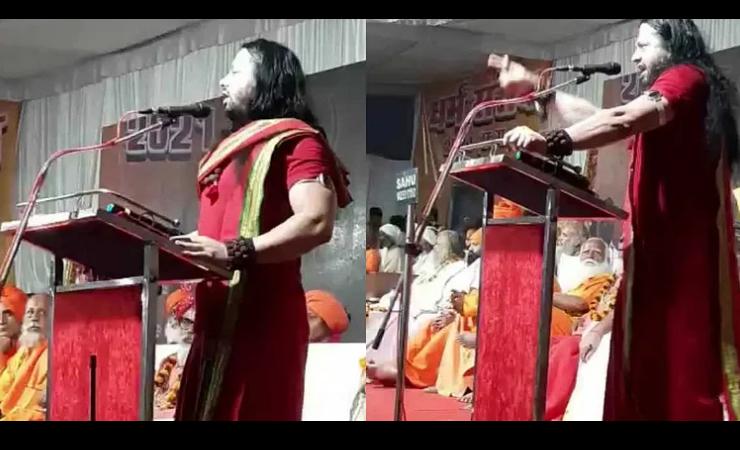 Raipur: Against a Hindu religious leader who slandered Mahatma Gandhi and the Muslim religion and praised Nathuram Kotse. Chhattisgarh Police have recorded the first information report.

Dharma Sanasat, the “Parliament of Religions” was held in Raipur. On the last day of the event, Chief Minister Bhupathi Bagal was invited as a special guest yesterday. But at the last minute, Chief Minister Bhupathi Bagal dismissed him, saying there was other work to be done. From Maharashtra in this show Kalicharan Maharaj The monk’s speech has gone viral on social media.

The video reportedly contained slanderous remarks about Mahatma Gandhi and the Muslim religion, as well as praising Nathuram Godse. In that video Kalicharan Maharaj He said, “The first duty is to protect this nation and Hinduism. These can only be defended if the people elect a strong, dedicated leader from the Hindu religion. All the women in our house are better, more polite, they do not need to vote in the election.

The purpose of the Muslim religion is to capture it through politics. Before our eyes, partition took place in 1947, before which Iran, Iraq and Afghanistan were conquered through politics, even Bangladesh and Pakistan. Muslims Captured. Therefore, I bow my head to Nathuram Godse who killed Mahatma Gandhi.

Police told us not to hold saffron flags or rallies in Muslim-majority areas. This is not the fault of the police. The police are the slaves of the administration and the state. The government is the slave of the leader. Therefore, the police will not support the emergence of a strong Hindu leader. ”

Congress executive Pramod Dube complained to the police that he had slandered Mahatma Gandhi and spoken in a manner that created tension between the two religions. Following the complaint, a case has been registered against Kalicharan at the Dikrabara police station. The police have registered the first information report on Kalicharan under sections 505 (2) 294 of the IPC.