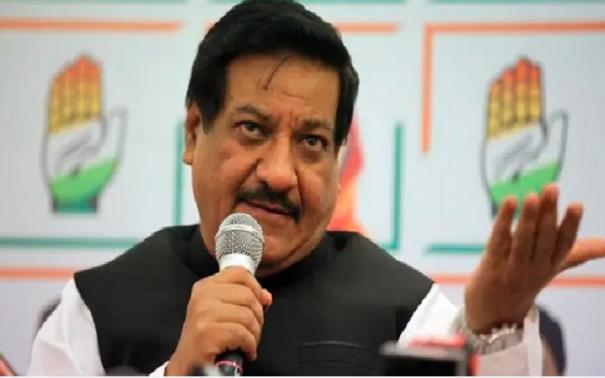 Congress party does not need a puppet leader. Senior leader Prithiviraj Chavan has said that we need a real leader elected by the volunteers.

Ghulam Nabi Azad announced his resignation from the Congress party yesterday. Prithiviraj Chavan, who met the media in connection with this, said, “If the Congress Working Committee has only supporters, no decision can be taken. They cannot give proper advice to the Congress leader. Instead of making hot accusations, one should think internally.

Try to correct the mistakes. Mere war of words will not achieve anything. Ghulam Nabi Azad quits Congress. Apart from being a senior leader, he was also the face of the secularism of the Congress party. He was also the symbol of minority leader. People know him all over the country. Such a person leaving the party is certainly regrettable.

There should be a partnership in taking important decisions in the party. Congress leaders across the country should participate in it. But unfortunately the Congress party is controlled by only 4 people. I don’t want to be too critical about it.

Now the demand of people like me is that elections should be held in the Congress party. It is said that the Congress president election will be postponed. Even if the election is postponed, it is okay. But then again there is no need for a puppet leader. The new leader must be a true leader. He should be elected by Congress workers. A parliamentary committee should also be elected through elections. The working committee and the election committee should all be elected through elections,” he said.

Prithiviraj Chavan is currently the MLA from Karat South constituency in Maharashtra. He has been a member of both Houses of Parliament. From 2004 to 2010, he was the Joint Minister in the Prime Minister’s Office. He was the Chief Minister of Maharashtra from 2010 to 2014.