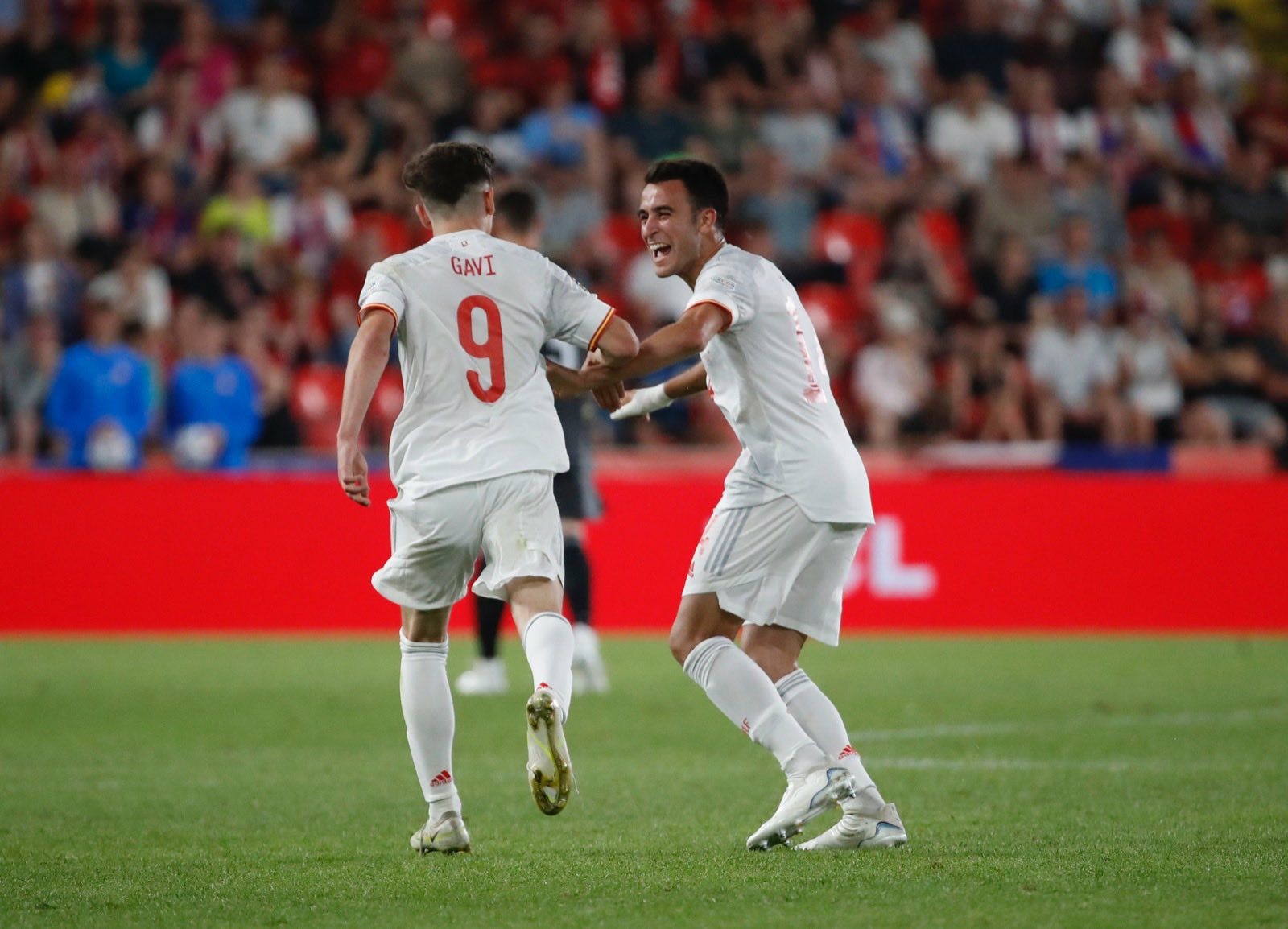 Rising midfielder Gavi broke Barcelona teammate Ansu Fati’s record to become the youngest player to score a goal for Spain after the 17-year-old, 304 days old, netted the Czech Republic in the UEFA Nations League on Sunday.

Fati was 17 years and 311 days old when he scored with Spain against Ukraine in 2020, but Gavi has now surpassed him by a week.

Gavi added this achievement to another record with the national team in October 2021, when he became the youngest player to play a match with Spain, at the age of 17 years and 62 days, to break Angel Zupieta’s record in 1936.

Spain coach Luis Enrique praised the young player after the 2-2 draw in Prague and told reporters, “Everything I like about Gavi, he has a sense of scoring, he has strength, innate talent and tremendous capabilities. If there is a convincing player for me today, he is Gavi.”

Gavi was one of the few bright spots in Barcelona’s poor season after coach Xabi Hernandez gave him the confidence to play regularly for the first team.

But Spanish and English media speculated that Liverpool wanted to include Gabi this summer, taking advantage of the financial crisis of the Catalan club.