Gavi coach reveals why he preferred Barcelona over Real Madrid 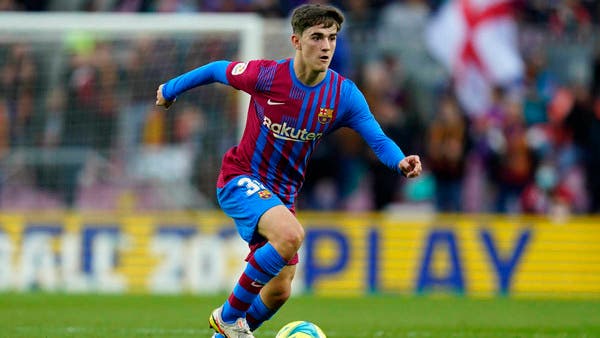 Spanish press reports revealed that Pablo Martin Gavira, known as “Gavi”, chose to join Barcelona despite the presence of offers for him from the two capitals, Real Madrid and Atletico Madrid.

The coach of the former player in Los Palacios club, which is located in the province of Seville, spoke in statements carried by the newspaper “Marca”, saying: I knew that Real Madrid and Atletico wanted the player, but he told his father that the best players in the world are in Barcelona, ​​so he wanted to play there.

He continued, “The player has attracted the attention of the big clubs since his inception, especially Seville and Real Betis, due to the proximity of the distance.

He added, “But Barcelona managed to sign him after he won the best player award during a tournament held in western Portugal.” He spent a period of time with the clubs of Madrid, but it was clear from the beginning that if he had to choose between the big clubs, he would choose Barcelona.

Gavi played 16 games with Barcelona in the league this season, during which he contributed four goals, making three and scoring one goal.