General elections to be held in Hungary on April 3 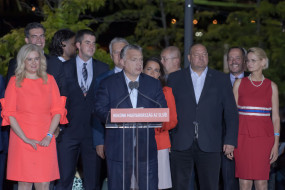 The last elections were held in 2018, in which Prime Minister Viktor Orban’s Fidesz party and its coalition partner Christian Democratic People’s Party (KDNP) won 49.27 percent of the vote, which translates to 133 seats in the country’s 199-seat unicameral parliament.

The country’s six major opposition parties – the Democratic Coalition (DK), JOBIC, LMP – the Green Party of Hungary, the Momentum Movement, the Hungarian Socialist Party and the Dialogue for Hungary have decided to unite ahead of the election to increase their chances of winning. Can you

Peter Marki-Jay, 49, the conservative mayor of Hodmejóvásreli in south-eastern Hungary, emerged as the winner of the primary.

A political party must obtain 5 percent of the vote to enter the Parliament.