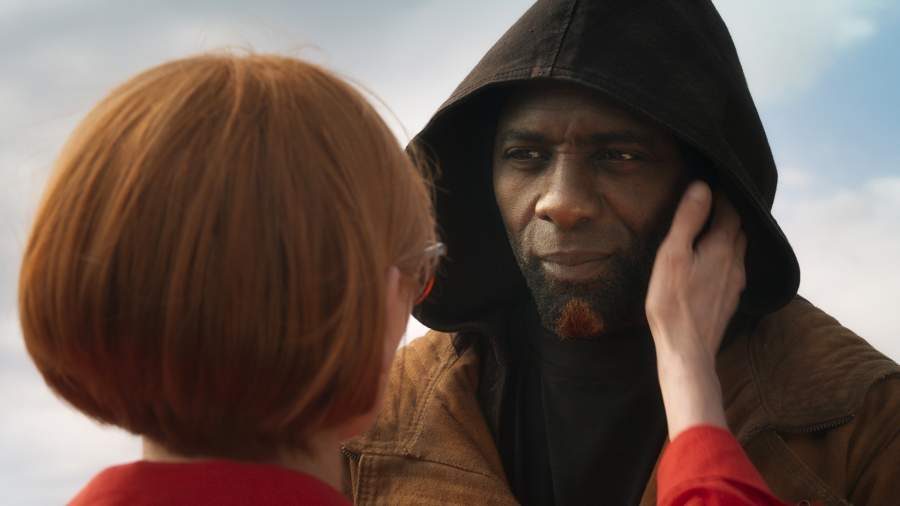 For the second weekend in a row, the colorful oriental film adaptation of Antonia Byatt’s novel “The Genie in a Nightingale’s Eye” glass bottle (the film is called “Three Thousand Years of Wishes”) leads the box office, the total box office of the novelty from the author of “Mad Max” exceeded 100 million rubles. The best premiere of the weekend was Timo Vuorensola’s thriller Jeepers Creepers. Revived ”- the fourth part of the franchise of the same name started with 32 million rubles. Of the festival hits, the melodrama Tiber enjoyed audience success – Anna Goroyan’s full-length debut with Yulia Peresild’s daughter Anna took ninth place in the rating and brought distributors 5.6 million rubles.

Philosophical fantasy parable about the unknowability of truth and the vanity of any desire with a vital genie-loser and a charming old maid, narratologist (Idris Elba and Tilda Swinton) takes the Russian box office for the second weekend in a row. The novelty from the Oscar-winning director, the author of Mad Max and the Bangkok Hilton, which started above expectations, added another 40 million rubles to the piggy bank, earning over 100 million rubles from the total box office.

The success of the tape was obvious even at the pre-sales stage, when analysts noted that “Three Thousand Years of Wishes” was confidently ahead of key references – “The Shape of Water” by Guillermo del Torro and the fantastic action movie by Daniel Scheinert and Dan Kwan “Everything is everywhere at once”.

As Olga Zinyakova, president of the KARO network, explained to Izvestia, the release managed to go beyond the art mainstream thanks to the reputation of the director and the cast. She expressed confidence that the tape will stay in the top for the next four days, however, among the novelties of the next weekend, Miller has competitors – the action “Barracuda” with Antonio Banderas and the sports drama “Express” by Ruslan Bratov.

The second place in the rating of the Unified Federal Automated Information System for Information on Film Screenings in Cinema Halls (UAIS) was taken by the fourth film of the cult horror franchise “Jipper Crispers. Reborn, directed by Finnish director Timo Vuorensola and written by screenwriter Sean-Michael Argo, is the first part of a new trilogy that will separate it from the original Victor Salva films. The heroes of the new tape, Chase and his girlfriend Lane, go to Louisina for the Horror Hound festival, where hundreds of geeks, freaks and horror fans gather. As the brutal entertainment turns into madness, Lane becomes more and more convinced that something unearthly has been called, and here the chthonic monster in a hat appears to the guys, which awakens every spring.

An eventful release for the horror genre collected 32 million rubles, although critics considered the tape a failure. However, this moment will affect the box office later.

– In general, the project has an excellent reputation, all horror fans were looking forward to the release of the film. The release sounded and will continue to collect the box office, – Olga Zinyakova noted in an interview with Izvestia.

As for the expected Russian premieres, including the hits of the MIFF, the top 12 did not include either the drama “Kat”, the second big meter from the victorious “Kinotavr”, the author of “Bull” Boris Akopov, nor “Russians on Marienplatz” by Gulnara Sarsenova . In ninth place with 5.6 million rubles was Anna Goroyan’s debut film “Tibra”, in which the main role was played by the daughter of Yulia Peresild Anna.

The ambitious collection of film short stories “Who’s There”, which explores the nature of the fear of the unknown and involved the venerable Vladimir Mashkov and the current Tikhon Zhiznevsky, Kirill Kyaro with Yanu Sexte, achieved only the 11th line of the UAIS chart and brought 4.6 million rubles.

According to Olga Zinyakova, the festival tapes released this week competed with each other and took each other’s box office.

“In addition, neither Kat, nor Tiber, nor Russians at Marienplatz were originally designed for a wide audience,” the expert added.

The rest of the top 10 positions were occupied by holdovers. Melodrama “After. Happily Ever After”, which, according to the results of the first rolling week, became the highest-grossing foreign project in Russia since leaving the major market, closed the top five with a box office of 9 million rubles. She missed out on the teenage fantasy action film adaptation of Victoria Lederman’s bestseller “Calendar May (th) Ya”, which took third place with 13.6 million rubles, and the sports drama “Start Over”, which established itself in fourth position with 12 million rubles.