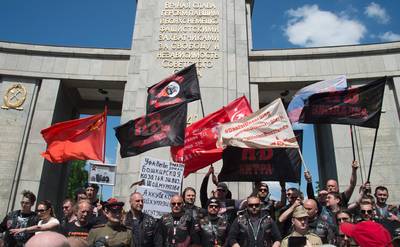 The commemoration of the 77th anniversary of the end of World War II, on Sunday and Monday, is of great concern to German security authorities. In the run-up to the ceremonies to mark the German capitulation and the Soviet Union’s victory over Hitler’s Germany, they anticipate a ‘dangerous escalation’, especially in Berlin.