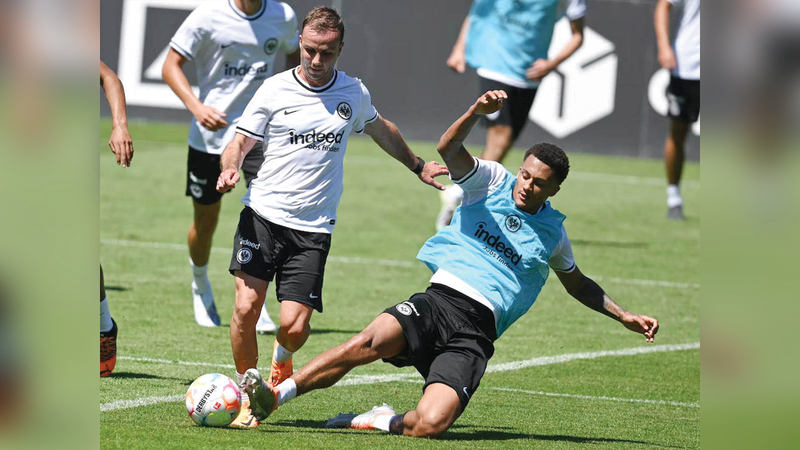 Dubai continues to attract more international sports training camps for teams and national teams with the beginning of 2023, as the number of camps hosted by Dubai during the month of January has reached 20 international camps for football teams from different countries of the world, in addition to various other sports camps.

Among the most prominent camps for the international football teams that are currently in Dubai are the camp of the German club Eintracht Frankfurt, the holder of the European Football League championship, and the winner of the award for the best team in 2022, and the club chose to set up the winter team camp in Dubai as a reward for the players and technical staff for the period. In the past, in which they were crowned with winning the European title, and in preparation for the remaining competitions of the season at the level of the European Champions League, as his first match in the European Champions League will be with the Italian team Napoli next February 22, and at the level of the German League, where he plays against Schalke 04 this month, and he will also stay Eintracht team played a friendly match with the Polish team Lech Poznan in Dubai, January 13, as part of a training program.

For his part, Eintracht coach Oliver Glasner said, on the team’s official website: “Given the huge workload in the first half of the season and the challenges coming in the spring, it is very important that we are able to fully focus on sporting matters under stable conditions. With regard to the weather, the quality of the stadiums and the infrastructure, Dubai has the best, and we will have ideal conditions for training in it.

Jebel Ali Resort topped the list of the most attractive places for international camps in Dubai, where the ancient Bulgarian club Levski Sofia started its training camp in the resort and will continue until early February 1937.

The Polish team, Lech Poznan, will start its camp on the fourth of January in the Jebel Ali Resort and will continue until January 14, in preparation for the remaining competitions from the Polish Premier League and the European Conference League. Among the clubs that also hold their camps in the Jebel Ali Resort are the Latvian Riga Club, which holds its training camp from January 11 to January 28, and the Russian Spartak Moscow club, whose training camp continues from January 12 to February 12, and also hosts the Armenian club Urartu (formerly Banants), Russia’s Ural Yekaterinburg soccer team have their training camps at the resort.