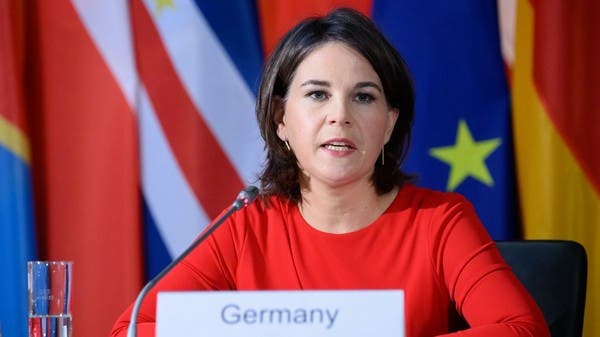 Germany accused Russia on Friday of taking “the whole world hostage” and using hunger as a “weapon of war”, during a conference in Berlin aimed at finding “solutions” to the food crisis caused by the military operation in Ukraine.

German Foreign Minister Annalina Barbock said that Moscow is “deliberately using famine as a weapon of war” and taking “the whole world hostage”, warning of a real “tsunami” of famine that is likely to affect some countries, according to AFP.

Barbuk also added that the conference seeks to “provide solutions” such as accelerating food exports from Ukraine via alternative routes from the Black Sea.

It is noteworthy that the conference entitled “Meeting for Global Food Security” will be held before the summit of the leaders of the Group of Seven countries, which begins Sunday in Bavaria. The leaders of 40 countries, including the United States, and countries hit hard by the crisis, such as Nigeria, Tunisia and Indonesia, will participate in it.

Consultations also focus on increasing aid to the worst-affected countries, without presenting the event as a donors’ conference.

It is noteworthy that the Russian military operation in Ukraine Ukraine, including the blockade imposed on the ports of the Black Sea, led to a rise in food prices and contributed to the increase in global inflation.

On the other hand, Russia denies blocking the shipping lane, saying that Western sanctions are contributing to the food crisis.

The US Secretary of State considered it an invalid argument. “Since the first day we imposed sanctions on Russia because of its military operation in Ukraine, we have excluded from these sanctions food products, fertilizers and everything related to their delivery,” Anthony Blinken said during a press conference on Friday evening.

Barbock pointed out earlier on Friday that “Russia exported almost the same amount of wheat as the previous year, so the Russian narrative that the G7 sanctions are the reason for the rise in global food prices is unfounded.”

She also added that the Ministry of Environment indicated that Russia could “allow the grain to pass through Odessa or simply stop this war, but we are urgently seeking to find alternative ways.”

These alternative routes can pass through Poland, but Barbük said, “We are facing the problem of changing lanes (via trains), which requires more time,” adding, “That is why we chose the route through Romania because we can intensify the river navigation there.”

In turn, Turkey is trying to allow the resumption of grain deliveries through the Black Sea. The Defense Ministry said that four-way talks in this regard could be held in Turkey with the participation of Russia, Ukraine and the United Nations “in the coming weeks”.