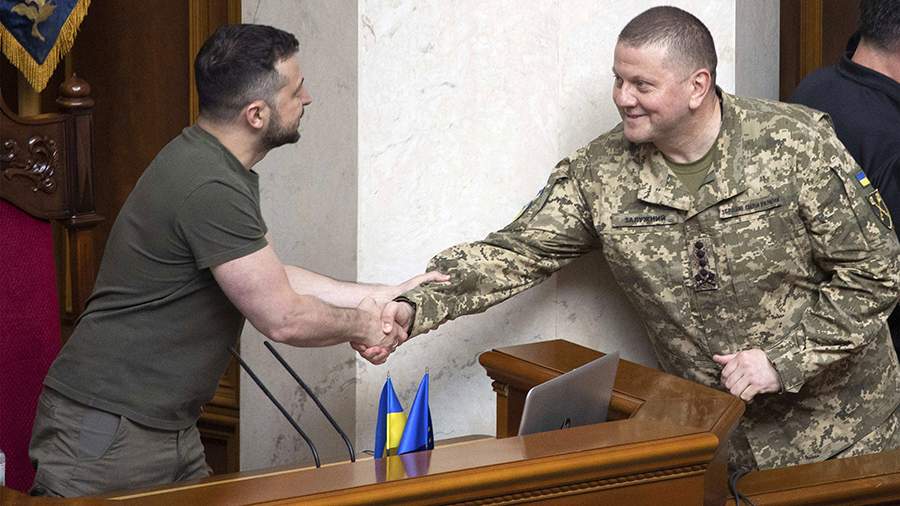 Commander-in-Chief of the Armed Forces of Ukraine (APU) Valery Zaluzhny has political ambitions and wants to take the presidency instead of Volodymyr Zelensky. This was reported on August 24 by Bild.

“The current head of state really doesn’t like the rumors that one day Zaluzhny might move into the presidential palace,” the article says.

It is noted that Zaluzhny may lead Ukraine after the end of hostilities. In this regard, according to the Ukrainian media, Zelensky wants to transfer the commander-in-chief of the Armed Forces of Ukraine to the post of defense minister. Although formally this would be an increase, such a step would undermine Zaluzhny’s authority in military circles, since only a civilian can hold a government position.

“Zelensky is completely dependent on the West. So far, they are satisfied with the development of events in Ukraine and are in no hurry to remove the head of state, but when the situation changes, they will remember Zaluzhny. Zelensky will be accused of several military and political failures, after which an experienced general and patriot will be put in the presidential chair, ”political analyst Alexander Dudchak told RIA Novosti.

According to Denis Denisov, head of the Institute for Peacekeeping Initiatives and Conflict Studies, Zelensky will need to undermine Zaluzhny’s credibility through controlled media, which could take months.

On August 23, at a briefing following the results of the Crimean Platform summit, Zelensky said that he did not plan to dismiss the Commander-in-Chief of the Armed Forces of Ukraine (AFU), Major General Valery Zaluzhny, and continued to work with him as one team.

On August 10, Aleksey Arestovich, Advisor to the Office of the President of Ukraine, announced his readiness to run for the post of head of the country. At the same time, he noted that he would not compete with Zelensky.

On February 24, Russia launched an operation to protect civilians in the Donbass. Moscow explained that the tasks of the special operation included the demilitarization and denazification of Ukraine, which is necessary to ensure the security of Russia. The decision was made against the background of aggravation in the region as a result of shelling by the Ukrainian military. The authorities of the Donetsk and Lugansk People’s Republics announced the evacuation of residents to the Russian Federation, and on February 21, Russian leader Vladimir Putin signed a decree recognizing the independence of the DPR and LPR.