Germany: We affirm our support for Ukraine, but NATO is not a party to the conflict 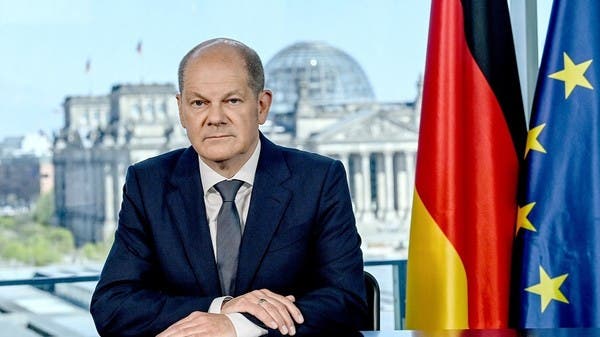 German Chancellor Olaf Scholz affirmed his country’s support for Ukraine, noting that NATO would not be a party to the conflict there.

The German official, who was accused of slow-moving and weak leadership, defended in a televised speech on Sunday the policy he has adopted since the start of the Russian attack on the western neighbor, stressing that he will not carry out “everything” that is asked of him.

“We do not do everything that is asked of us,” he said during a rare televised speech on the anniversary of the end of World War II, adding, “Because when I took office I swore not to harm the German people,” adding, “This means protecting our country and our allies from dangers.”

Schultz’s opponents accuse him of delaying in giving the green light to send heavy weapons to Ukraine, where battles and Russian attacks are raging, especially in the east of the country.

And Berlin, whose approach is criticized by the Ukrainian authorities, is also under criticism for its refusal to impose an embargo on Russian gas due to its heavy dependence on it.

In turn, the German government justifies its position that a ban of this kind would lead to dire consequences for the country’s economy.

Addressing the Germans, who fear that the Russian attack will turn into an international conflict, Schulz stressed that Germany will not be alone.

“We cooperate closely with our allies,” he said, while on Sunday a meeting of the member states of the Group of Seven, chaired by Germany this year, was held via video link.

“We are not taking any step that would cause us and our partners more harm than Russia,” the adviser added.