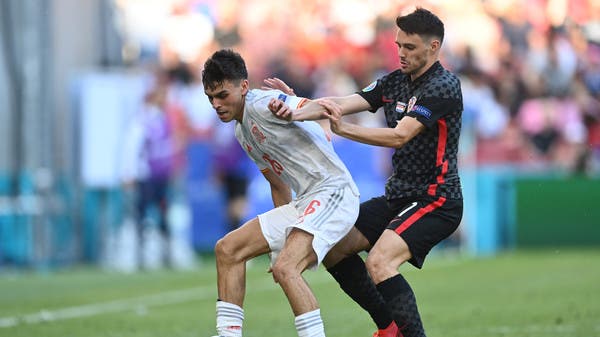 
Shawky Gharib, the coach of the Egyptian Olympic team, encouraged the players and demanded them to get rid of fear when facing Spain at the beginning of his football career in the Tokyo Olympics 2020 on Thursday.

Spain’s squad includes many players who participated in the European Championship 2020 with the first team, such as goalkeeper Unai Simon, defenders Eric Garcia and Pau Torres, midfielder Pedri, who was in the ideal squad for the tournament, and strikers Mikkel Oyarzabal and Dani Olmo.

Alaa Abdel Aziz, the Egyptian national team manager, said that Gharib met with the players before training on Tuesday and demanded that they focus on the opening match and get rid of their fear.

He added: Gharib told the players that they are not inferior in level to any European team and confirmed their ability to win, and stressed the need to abide by the instructions, confront the Spanish team with strength and caution, perform offensive duties and pressure the opponent to extract the ball.

Egypt competes in the difficult third group, accompanied by Argentina and Australia.

A Jordanian-Syrian agreement to completely restart the Jaber border crossing

Remove stretch marks after pregnancy in these ways

Let’s send him to jail!

Liverpool comments on Mohamed Salah's goal in the exercise: "Fast as lightning and decisive as a sword!" (Video)