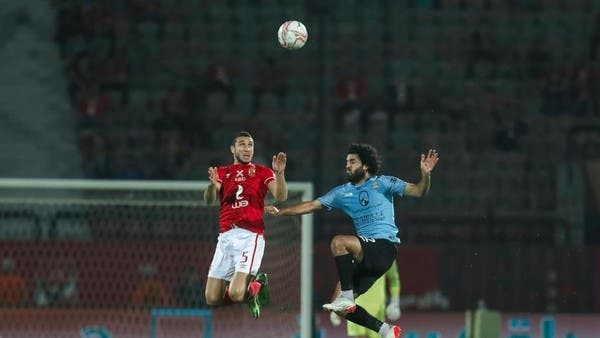 The Ghazl El-Mahalla club’s board of directors demanded a replay of its match with Al-Ahly, which was held on Wednesday evening in the Egyptian League competition.

Ghazl El-Mahalla lost 1-2 to its host Al-Ahly in the twenty-second stage of the Egyptian League championship, to freeze its balance at 25 points in the twelfth place in the competition arrangement.

Ghazl El-Mahalla announced in a statement on his official page on the social networking site “Facebook” on Thursday, that he had submitted an official complaint to the Board of Directors of the Egyptian Professional Football Clubs Association, and the Egyptian Football Association, in which he demanded that his match with Al-Ahly be replayed and the match referee be suspended.

The statement said: We present to you this official protest against what happened in the abnormal arbitration events that took place in the match yesterday, and which is represented in calculating the referee in the tenth minute as a penalty kick against Ghazl Al-Mahalla, and he did not resort to verifying its authenticity through the (video assistant referee) technique. Al-Mahalla team player (Yahya Hamed) was hit with the elbow by Al-Ahly player, in the 84th minute, and the referee declared him the yellow card, although the law stipulates that the player who committed this mistake should receive a red card, and did not resort to the (VAR) technique.

The statement clarified: In Al-Ahly’s second goal, which he scored in the 90:35 minute, Al-Ahly player (Salah Mohsen) made a mistake against the Ghazl Al-Mahalla player at the beginning of the goal game, and the referee did not count it, and the video referee did not summon him to amend his decision.

And he added: And in a comic scene that indicates the referee’s lack of knowledge of the simplest rules of the football game – one of the Al-Ahly fans took to the field in the 91st minute, and remained on the field for more than a full minute, without the referee stopping the game, which is a serious mistake that requires a replay. the match; Because it’s a law enforcement error.

Al-Mahalla confirmed: There was a crude manner in which the referee dealt with the players of the Ghazl Al-Mahalla team, and his use of sarcastic words towards the players and the medical staff while treating the injured players on the field. At the same time, he was condoning the sarcasm and ridicule of the technical and administrative staff of the Al-Ahly club, who filled him with ridicule, without taking any position with them.

The statement concluded: These high mistakes caused a change in the outcome of the match, ending it with an unfair result, and contrary to the truth. Therefore, we demand the suspension of the match referee, Abdul Aziz Al-Sayed, and not assigning any next match to Ghazl Al-Mahalla to him, with the replay of the match against Al-Ahly Club; Due to the occurrence of serious violations in the application of football law.