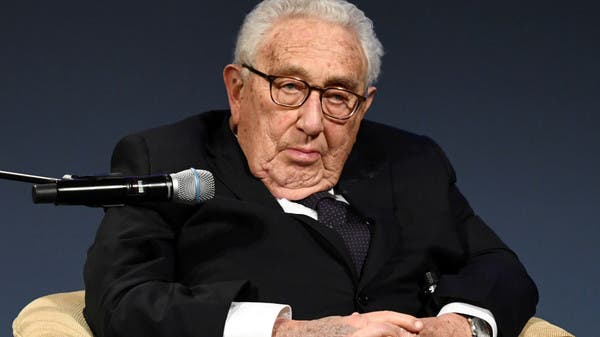 The anger sparked by the statements of the 98-year-old former US Secretary of State and famous diplomat, Henry Kissinger, did not seem to have subsided.

Ukrainian President Volodymyr Zelensky considered it reminiscent of the Nazi era, when some European countries tried to appease German leader Adolf Hitler at the time by ceding some lands.

What did Kissinger suggest that so angered Kyiv?

A few days ago, in a session during the Davos Economic Forum, held in Switzerland, the ninety-year-old called on Kyiv to accept giving up part of its territory from reaching a peace agreement with Moscow, and ending the conflict that has entered its fourth month.

He also considered that the failure to resume negotiations between the two countries, and continuing to antagonize Moscow, may have serious consequences for the stability of the whole of Europe in the long run.

He said, “Negotiations must begin within the next two months before they create turmoil and tensions that cannot be easily overcome.”

In addition, Kissinger, who worked under the administrations of former President Richard Nixon and Gerald Ford during the 1970s, warned “those who went to war for a long time” and stressed the importance of returning to the negotiating table.

He also highlighted the importance of Russia, considering that it had been an essential part of Europe for 400 years, and had acted as a balancing power in critical times.

He called on Western countries to remember the importance of Russian states on the European continent and not to indulge in “the feelings of the moment.”

These statements came while fighting is still ongoing between the Russian and Ukrainian times, especially in the east of the country, four months after the military operation launched by Moscow on February 24, amid escalating tension between the Kremlin and Western countries, especially the European Union and the United States.

It also came after negotiations between the two countries faltered, with the aim of reaching a solution that would establish peace and end the conflict, which many Western capitals suggested would last for months afterwards.