Glory to Russia.. Putin snatches the slogan from Zelensky 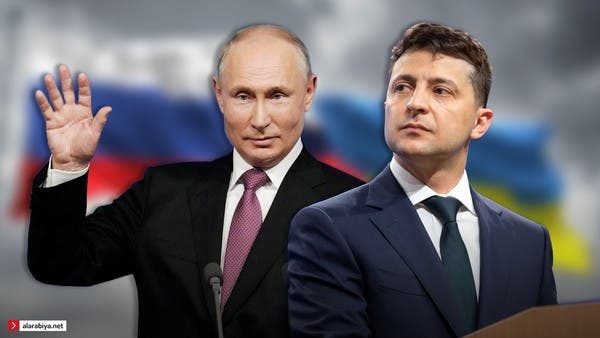 In what appeared to be a response to Ukrainian President Volodymyr Zelensky’s usual chant of “Glory to Ukraine”, Russian President Vladimir Putin repeated the same slogan during his speech on Moscow’s Victory Day, saying “Glory to Russia”, to the thousands of the crowd and soldiers behind him.

And launched today, Monday, amid large crowds and a huge military parade, the Victory Day celebrations in Red Square in the capital, Moscow, where the Russian President stressed that his country’s forces are fighting for Russia’s security, adding that the West was preparing to invade the country’s lands.

He also emphasized that confronting the neo-Nazis was inevitable, referring to the Ukrainian nationalist fighters.

‘The only right decision’

He stressed that the special military operation in Ukraine was necessary and at the right time and was the only right decision, as he put it.

He also noted that “volunteers in the Donbass region in eastern Ukraine and Russian forces are fighting for their motherland.” Shortly after the end of his speech, the military parade began with a march of dozens of bands to the beat of the music that resounded from the heart of Moscow.

May 9 is considered significant in Russia, as it is the national holiday of the victory over Nazism in World War II, in which an estimated 27 million Soviet citizens were killed between 1941 and 1945, and which devastated the Soviet Union.

It is noteworthy that the slogan “Glory to Ukraine” has been repeatedly chanted by Ukrainians since the mayor of Kyiv announced the dismantling of a Soviet-era statue symbolizing friendship between Russia and Ukraine in the city on February 27, 3 days after Moscow launched its military operation, and then the Ukrainian president used it in almost all his speeches. !