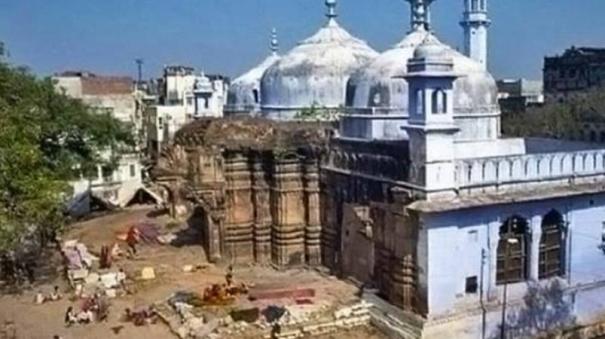 New Delhi: The Supreme Court has refused to accede to a request for an injunction restraining the court from conducting a site inspection at the Gnanavapi Mosque in Varanasi and maintaining the status quo. Whereas it has agreed to investigate the matter as a matter of urgency.

Five Hindu women have filed a petition in a Varanasi court seeking permission to worship Goddess Singara Gauri throughout the year on the wall of the Gyanwapi mosque complex near the famous Kasi Vishwanathar temple in Varanasi, Uttar Pradesh. Following this, the Varanasi court ordered that the excavation be carried out and a report be filed by May 10.

In this context, the Anjuman Indo-Jamia Majid Committee approached the Supreme Court seeking an injunction restraining the excavation of the Gyanwapi Mosque complex. The case was taken up by senior advocate Hussein Ahmadi before a bench headed by Chief Justice of India NV Ramana seeking an order to stay the case pending in the Varanasi Civil Court.

Ahmadi, who previously appeared on behalf of the Anjuman Indemia Majid Committee, which manages the Gnanavapi Mosque, said: “A survey has been conducted on the Varanasi properties. It is under the Places of Worship Act. The court has now ordered the commissioner. Therefore, a restraining order should be issued. The status quo should continue, ”he said.