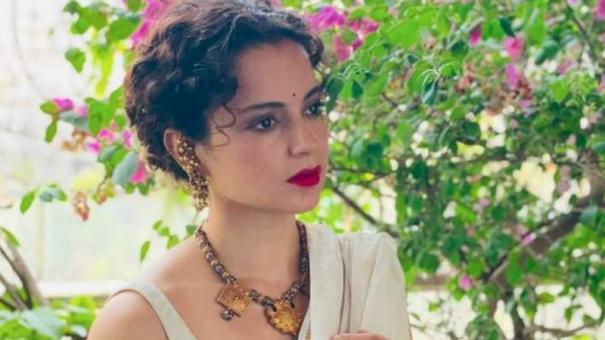 Bollywood actress Gangana Ranawaka has voiced support for Nupur Sharma by telling Muslims to go to court as we go to court for insulting the Hindu God.

“Nupur Sharma has the right to express his views. I am watching how many threats he is receiving. Go to court if you feel insulted. We go to court every day to insult the Hindu gods. Do the same. Do not try to become a don without it. This is nothing but Afghanistan. Bollywood celebrity Kangana Ranaut, the protagonist of the controversial talk, has backed Nupur Sharma, saying, “There is a smooth running of elected democracy. He posted this comment on his Instagram story.

BJP national spokespersons Nupur Sharma and Naveen Jindal have been accused of making defamatory remarks about the Prophet Muhammad. There was strong opposition to this. Following this, both were suspended from the BJP.

Consequently, only spokespersons and leaders authorized by the BJP media unit can participate in televised debates. It has been advised not to speak slanderously about the leader of any religion.

In this situation, Kangana Ranaut has posted on Instagram story in support of Nupur Sharma’s speech. In May 2021, Kangana Ranaut’s Twitter account was shut down by Twitter for allegedly posting controversial comments. Following that he is currently sharing his thoughts on Instagram.