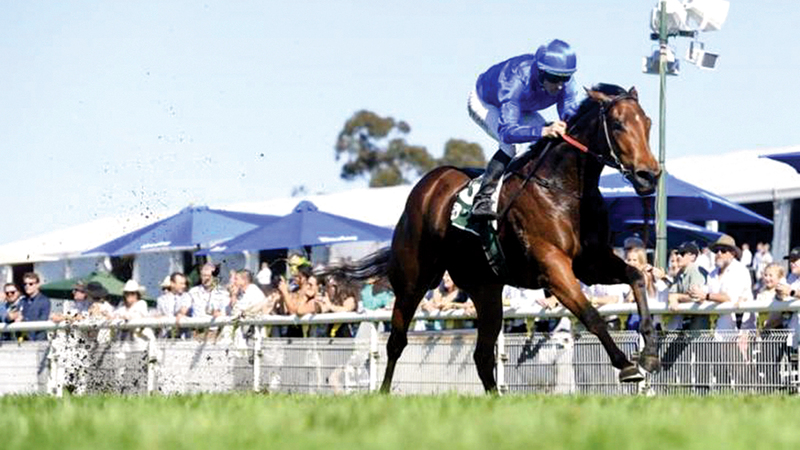 Today, the world team “Godolphin” is pushing 13 of its elite horses to compete for track titles in Australia, Britain, America and Ireland.

The Australian tracks “Canterbury Park” and “Sail” are filled with the largest participation, with the presence of seven horses, under the supervision of coach James Cummings, which are: “Contemporary”, “Frontinac”, “Atmosphere”, “Exonomia”, “Obaquiweli” and “Emerging”.

The British “Haydock” track is witnessing the participation of three Godolphin horses, under the supervision of coach Charlie Appleby, in a competition for the titles of speed runs for the age of two years, starting through the pony “Chinging Color”, with the duo “Courtridges Knight” and “Netz Crown” » Hopes of the blue logo to compete for the title of the “Mary Forn Excel and Past Members Stakes” race.

The British “Kimpton” track will also witness the participation of the horse “Sirket Moment”, under the supervision of international coach Saeed bin Suroor, in the competition for the title of the “Handicap” race.

The horse “Safe Cracker”, under the supervision of coach “GB Murtah”, is competing alone in the competition for the title of “Cork Derby”, which runs for a distance of 2000 meters grass on the Irish track “Cork”.

Attention turns to the American “Indiana Grande” track, when expert coach Brad Cox is counting on the services of “Olredy Charming” to compete for the title of the mares and fillies from three years of age and older.