“Godolphin” horses ask for the 10th star in “Zabeel Mile” 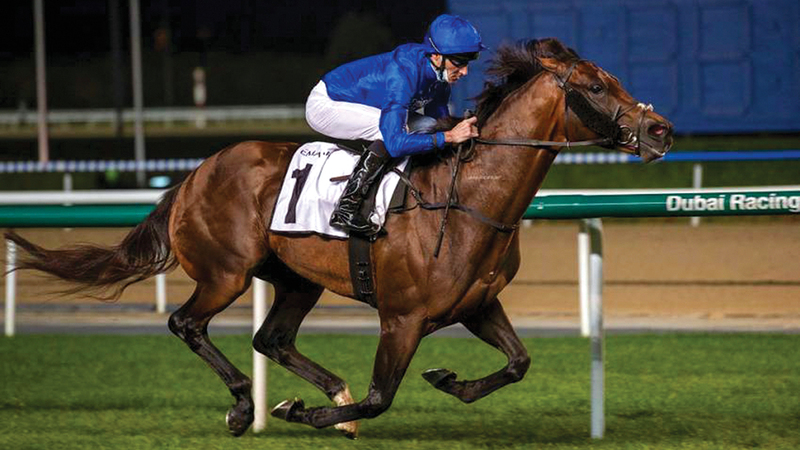 Five of the “Godolphin” horses are seeking the historically 10th title in the “Zabeel Mile” championship for purebred hybrid horses, “Group 2”, for a distance of 1600 grassy meters, when today they take on the challenge of the fifth and main round in the third races of the new season of the Dubai World Cup Carnival, which is held on the track A field in Dubai, and its seven runs are sponsored by the “Arab Broadcasting Network”, with a total prize pool of $700,000, with 63 elite local and international horses competing for their titles.

And Godolphin won the title last season in the “Zabeel Mile” via “Real World”, and bets in today’s race on horses: “Desert Fire”, “Land of Legends”, “Laser Show”, “Masters of the Seas” and Modern News.

And he enters the competition circle, “Azerbaijan” by Muhammad Al-Sabousi.

Eight horses, half of which belonged to the national owner Khaled Al Naboodah, competed for the title of the first edition of the “Big Easy for Speed”, led by “a prestigious AF”, in addition to an expected competition from “Lena” for “Yas Racing”.

The excitement continues in the fourth round, the “Emirati 1000 Guineas Race”, where the competition is expected between seven fillies, led by the champion of the preparatory round for this championship, the skilled “Mimi Kakushi” of His Highness Sheikh Hamdan bin Mohammed bin Rashid Al Maktoum.

Three foals carry the “Al-Rashid Stables” brigade in the “1000 Guineas”, including “Occupations”.

10 of the horses test their ability to distance endurance in the “Trophy Horse” competition in the sixth inning, of which the Irish mare “Wiki Wiki Wales” stands out with the slogan “James Mearns Long”.

Godolphin is represented in this round by Global Heat.