“Godolphin” horses ask for the ninth title in “Al Rashidiya” 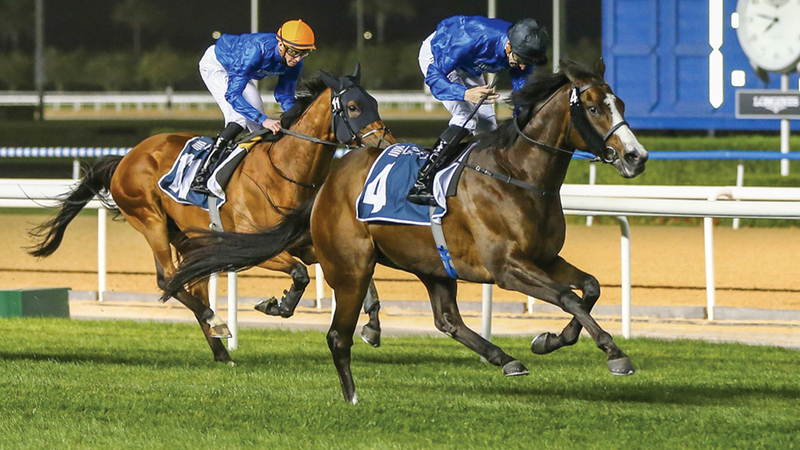 Four of the “Godolphin” horses are seeking the seventh title in a row, and the ninth in history, in the “Al Rashidiya” championship for the “Group 2” horses for a distance of 1800 meters, when they take on the challenge of the fifth and main round today in the Dubai World Cup Carnival, on the Meydan track in Dubai, and a total of The prize for his seven runs is $750,000. The Godolphin horses competing for the title of the Rashidiya Championship are “Dubai Future”, “Passion and Glory”, “Valent Prince” and “Ottoman Fleet”. In the first edition of the “Ebi Tombi Stakes” in the fourth round for a distance of 1400 meters on grass, four of them stand out with the “Godolphin” logo, including “Soft Whisper”. The third half will be held at a distance of 1,400 sandy meters, as part of the preparatory race for the “Emirati 2000 Guineas” championship, while the excitement continues its way towards the sixth half, “Thunder Snow Challenge” for a distance of 2000 sandy meters, and among the most prominent horses nominated, “Bunduq” by Muhammad Ahmed, next to the horse « Military Law” by Nasser Askar.

Among the most prominent horses nominated for the “Al Wasl Stakes” title in the second half are Godolphin’s “Al Khazna”, “Bandar” and “Princeville” horses, and “Fast Uno” will also enter the competition circle with the “Crispy Stables” logo.

Also among the most prominent runs is the seventh and final round for a distance of 1,400 grassy meters, where Godolphin’s horse, “Electrical Storm”, aspires to his second victory this season in Meydan.

Al-Marzouqi is the professional champion in the “Flyboard”.. Al-Falasi wins the “Novis”