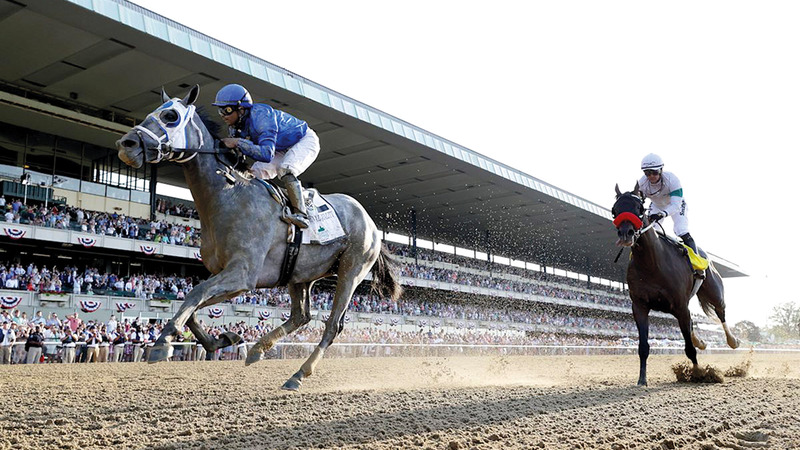 The global Godolphin team was crowned the Best Breeder and Owner in America for 2021, at the 37th edition of the North American Thoroughbred Breeders and Owners Association Awards, which was held, the day before yesterday, in Oxington, Kentucky, in A ceremony in which a special appreciation was given to the contributions of His Highness Sheikh Mohammed bin Rashid Al Maktoum, Vice President and Prime Minister of the UAE and Ruler of Dubai, and his commitment to horse racing around the world.

The horses of the blue logo succeeded in achieving victory in 84 races in America, with a record financial value of more than 17.4 million dollars, and the team (as a breeder) won prizes amounting to 20.7 million dollars in 2021, in another record, especially since all Godolphin horses. The winner of the American Stakes last year was produced by the world team’s stables.

Michael Banahan, director of racehorse production at Godolphin in the United States, received the award, and Banahan commented on the award in his speech at the ceremony, saying: “It is a great honor for me to represent His Highness Sheikh Mohammed bin Rashid Al Maktoum, owner of the (Godolphin) team, in this The ceremony, after His Highness provided us with the necessary tools to achieve these results and success as breeders and owners, and His Highness’s continuous follow-up to the developments of these powerful horses with great enthusiasm and interest.”

He explained: “His Highness’s dedication and love for horses was behind the team’s possession of an elite of production mares and stallions, which enabled us to compete at the highest levels of sport, and the team’s achievement of these wonderful results is also due to the tireless efforts of the team working in the stables and farms.”