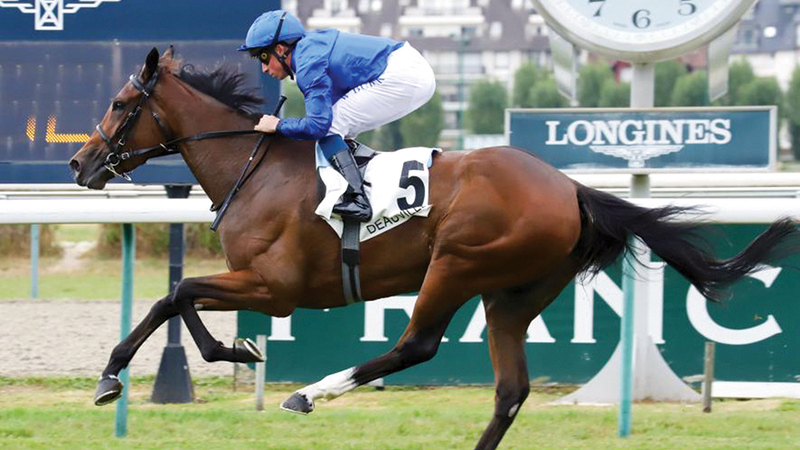 The skilled “Eternal Pearl”, owned by “Godolphin”, and under the supervision of coach Charlie Appleby, asks for her second consecutive victory in the third category races, when she seeks the title of the “Princess Royal Stakes”, which is held on the ancient British “Newmarket” track, and runs for a distance 2400 meters.

In its sixth run, the “Godolphin Stakes” for the “Listed” class horses will witness the competition of four horses from the UAE for the title of the race that extends for a distance of 2,400 metres, led by the “Godolphin” trio: “Passion and Glory” under the supervision of trainer Saeed bin Suroor, “Global Storm” and “Global Storm”. “Suscani” under the supervision of coach Charlie Appleby, in addition to the horse “Without the Fate” owned by Sheikh Mohammed bin Obaid Al Maktoum.

Three-year-old Eternal Pearl based her chances of competing for the “Princess Royal Stakes” title on her impulsive abilities, which led her last month to snatch a strong victory in the “Prince Minerv” race for horses of the third category, which took place at the Deauville track. The Frenchman came to complete her two consecutive victories, the first of which was in a race for rookie horses in Kempton Park last June, and she followed it up in July of this year by winning the Aphrodite Stakes for the Listed class horses at the Julai track in Newmarket.

Godolphin coach Charlie Appleby commented on the chances of the skilled “Eternal Pearl” to compete for the title, saying in a press statement: “We are satisfied with the performance of (Eternal Pearl) this season, and I believe that her level is improving, after her victory in (Deauville), and she will receive She gets a weight penalty for that win, but we are confident she can do well again.”