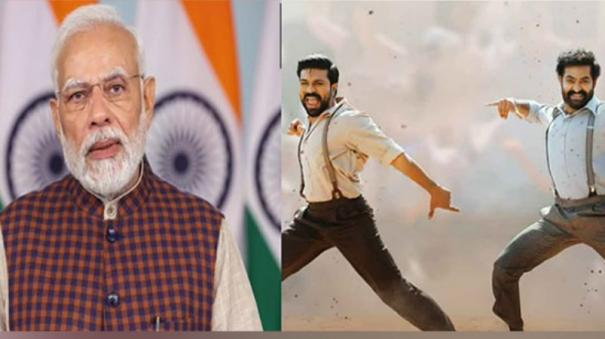 In this regard, he posted on his Twitter page, “Winning the Golden Globe Award is a great achievement. Kudos to Music Composer MM Keeravani, Prem Rakshit, Kala Bhairava, Chandra Bose, Rahul Sipligunj. My best wishes to the entire team of RRR including SS Rajamouli, Ram Charan. This prestigious honor has made every Indian very proud,” he said.

The Golden Globe Award is considered by the film industry to be the second highest award after the Oscars. The award ceremony was held today in Los Angeles, USA by the Hollywood Foreign Press Association.

The nominations for the award included the film ‘RRR’ in the non-English language film category and the film’s song ‘Natu Nathu’ in the song category. In this case, the song ‘Nattu Nathu’ won the Golden Globe Award in the Best Song category.

For this song, M.M. Keeravani had an eyelid. Singers Rahul Sipligunj and Kala Baivarava sang. Prem Rakshit was the choreographer for this song. The song was penned by Chandra Bose. The bouncy song received a huge response.