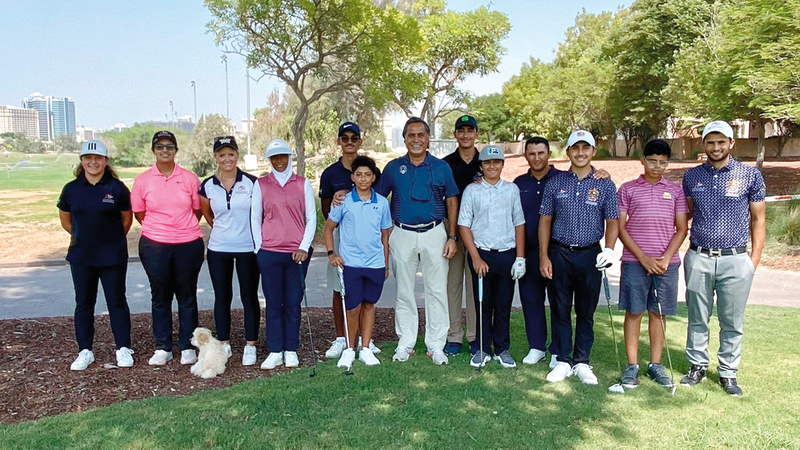 This morning, the delegation of golf teams heads to Tunisia to participate in the Arab Championship, in its 21st edition for youth (under 18 years) and juniors (under 15 years), the second for the cubs (under 13 years), the first for girls (under 15 years), and the 12th for women, held At Citrus Stadium in Hammamet, from the third to the ninth of this month.

The delegation is headed by the Secretary-General of the Golf Federation and the Director of the National Teams Khaled Al Shamsi, and includes the Director General of the Federation, Akram Skaik, coaches Samir Al-Wolani, and Ariel Varney for girls, along with the players, Rashid Al Jasmi, Mohammed Skaik and Abdullah Al Suwaidi in the youth team, and Sultan Al Jasmi, Abdullah Kalbat and Rashid Al Naqbi in the junior team. Abdullah Darwish, Hamid Al-Suwaidi and Abdullah Salmin in the Cubs, and the women’s team consisting of players Hamda Al-Suwaidi, Alia Al-Emadi and Sarah Ali.

The Vice-President of the Golf Federation, Major General “M” Pilot Abdullah Al-Hashemi, said in a press statement: “We have great confidence in the ability of the country’s players to provide the best performance and strive despite the difficulty of the task in competing on the podiums, given the strong forum that the Tunisian championship includes, especially from Moroccan golfers accepted the permanent competitors for the first positions in the Arab world.”