Gomez: Winning the AFC Champions League is the best event of my career 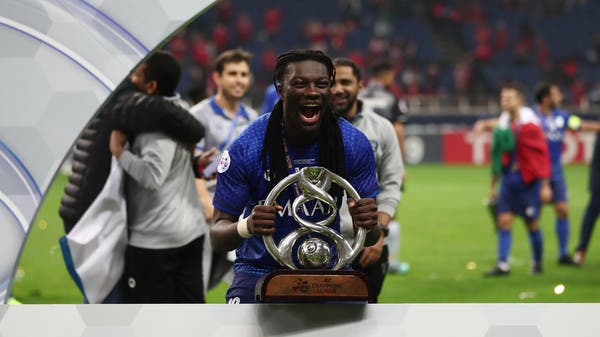 French striker Bafetimbi Gomez says that his Saudi team, Al Hilal, aspires to win the AFC Champions League for the fourth time when it faces its rival Pohang Steelers in the final next Tuesday, becoming the first team to achieve this achievement, which the South Korean rival also aspires to.

The final match of the tournament will be held in front of Al Hilal fans at King Fahd International Stadium in the Saudi capital, Riyadh, while expectations are in favor of the Saudi team, which previously won the title in 1991, 2000 and 2019.

“Our goal and our dream was to reach the final,” Gomez said. But I do not know if the word dream is the right word or not, because Al Hilal has always had a goal, which is to win the AFC Champions League, since the beginning of the competition, winning the title was our goal and not reaching the final.

Al Hilal crowned the title in 2019, ending a 19-year fast for the first continental title, but it was eliminated from the group stage last year after failing to obtain a squad due to the outbreak of the Corona virus.

But the team has made remarkable progress this season after qualifying for the knockout stages as one of the best second-place teams in the group stage.

In the round of 16, Al Hilal defeated Iran’s Esteghlal, then defeated the Iranian Perozzi in the quarter-finals, before defeating his compatriot and neighbor Al Nasr in the semi-finals.

Gomez scored six goals in the current year’s edition of the first Asian Club Championship, a number completely less than his result in the 2019 season, when he scored 10 goals and crowned the title, and he considers winning the title this year the most important and greatest achievement throughout his career.

Gomez said about the recent crowning of the title: “I won many titles and scored many goals, but winning the Asian Champions League remains the most important. This is the best title to win and the best moment in my career was when I won the title with Al Hilal.”

Al Hilal, led by Portuguese coach Leonardo Jardim, enters the final as a candidate to win, with many players participating in the tournament’s final for the third time in five years, after the team’s defeat in the 2017 final against Japan’s Urawa.

The Saudi team avenged a defeat against the Japanese rival two years later.

“We have a lot of experience because a lot of the players are playing the final with the team for the third time, this is very important because things are different if they are in the final for the first time,” Gomez said.

And Gomez added, “But this does not mean that we will take the match lightly. It will be a very difficult match. We respect the Korean team a lot because his presence in the final means that he deserves it.