Goodbye Federer – A Glimpse of Achievements… 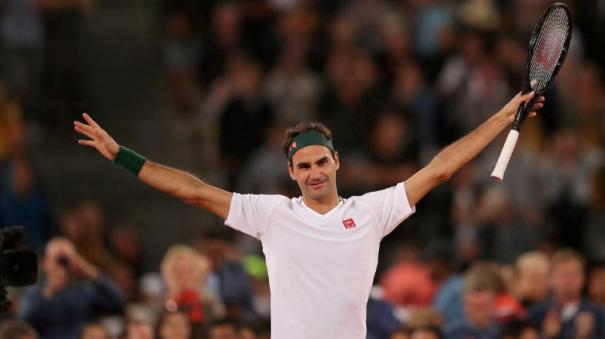 Swiss tennis legend Roger Federer, who has won 20 Grand Slam titles, has announced his retirement with the Laver Cup starting next week on the 23rd. The tennis player who endeared himself to tennis fans with his stylish game has been sidelined for the last 3 years due to subsequent surgeries for a right knee injury. Finally, she did not return to tennis after losing in the quarterfinals at Wimbledon in 2021. Realizing that his legs are not strong enough to play effectively in matches despite undergoing surgery, Federer has announced a difficult retirement decision. A look at his achievements in tennis…

> Federer has played in 2 matches with the largest crowds in tennis history. 51,954 fans witnessed Federer’s match against Rafael Nadal in an exhibition match held in Cape Town, South Africa in 2020.

> 10 He reached 10 consecutive finals between 2005 and 2007 at major tournaments, including Wimbledon and the US Open.

> Federer also holds the record for being the oldest player to reach the top of the tennis rankings. He had accomplished this feat on February 19, 2018 at the age of 36.

> He has won 369 Grand Slam singles matches. No player in the Open Era has ever accumulated such a feat.

> Federer has won 103 ATP Tour titles. He ranks second only to Jimmy Corners (109) in this category.

Federer’s wife’s name is Mirka Wawrinek. They expressed their love by exchanging kisses during the 2000 Sydney Olympics. The couple has 2 children.

The Swiss government issued stamps and coins featuring Roger the Terror in 2007 and 2020 respectively. Federer was the first Swiss to achieve this honor in his lifetime. Also in 2021, the train was operated under the name of ‘Federer Express’.

In 2003 he started the Roger Federer Foundation. Along with Rafael Nadal, he donated US$250,000 to Australian bushfire relief. He donated $1 million to families affected by the corona virus in Switzerland.