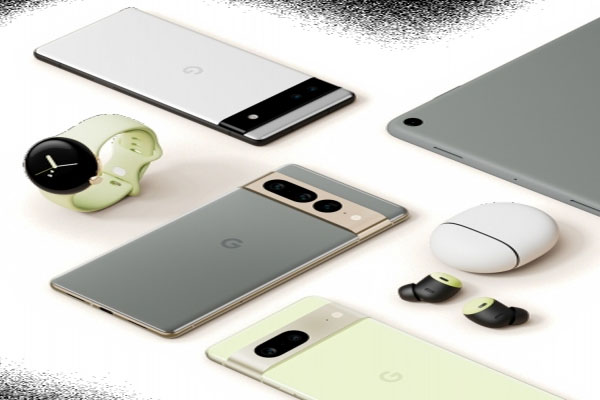 
New Delhi . Google has finally announced a Pixel Watch that will come with the Pixel 7 smartphone. The company has also showcased its first Android tablet. The Pixel Watch will come with a circular, domed design and will feature a ‘Tactile’ crown and side buttons.

Made from recycled stainless steel, the company announced late Wednesday that the watch will run on Wear OS 3 with a ‘refreshed UI’ with improved navigation and smart notifications.

Rick Osterloh, Senior Vice President of Devices and Services, said, “It features customizable bands that are easy to attach. With this watch, you’ll get the Google experience right on your wrist and the new Wear OS by Fitbit’s industry-leading health and fitness tools “

Google bought Fitbit for $2.1 billion. The Fitbit integration will go beyond customizing the watch face and ‘totally impact’ the Pixel Watch experience.

Google also introduced the new Pixel 6a, which has the same Tensor processor and industry-leading security from our Titan M2 chip.

“Our Pixel Buds are designed to perfectly complement your Pixel phone, and we are excited to expand our earbuds offering with the Pixel Buds Pro,” the company said.

These premium earbuds include a new, custom 6-core audio chip that drives algorithms developed by Google.

The company has also shared an early glimpse at its Android tablet powered by Google Tensor.