Government of Sudan: There is no battle between the military and civilians 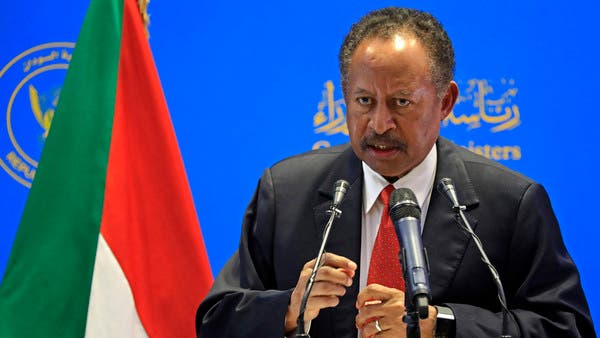 At a time when the facilities police deployed in support of the Empowerment Removal Committee in Sudan, following a meeting between Sudanese Prime Minister Abdullah Hamdok and Chairman of the Sovereignty Council, Lieutenant General Abdel Fattah Al-Burhan, on Sunday, the Sudanese government stressed that the people will continue their path to achieve the goals of the revolution.

The Cabinet added that the attempt to portray the battle as between civilians and the military is wrong, adding that what is happening today is taking place with the aim of protecting the democratic transition.

He also stressed the necessity of implementing the constitutional document as it is.

The army withdraws from the political scene

This came at a time when the relationship between the civilian component and the military component in the country witnessed great tension during the past days.

Al-Burhan stressed earlier that the armed forces are the most eager to protect the transitional phase in the country, stressing that it is not possible to negotiate with parties that betray the military establishment.

And he said during a speech, today, Sunday, that the army will withdraw from the political scene after the elections in Sudan.

He also indicated that the armed forces are very keen to move to the democratic stage, and are committed not to allow the revolution to be overthrown.

The military is not behind the coup attempt

While the deputy head of the Sovereignty Council, Lieutenant-General Mohamed Hamdan Dagalo, considered that the promotion that the military was behind the failed coup attempt that took place last Tuesday, is mere hypocrisy.

He also added, while offering condolences to the son of a Native Administration leader, yesterday evening, Saturday: “Promoting that the military were behind the coup is an attempt to sympathize with the Sudanese people and the international community,” and he said: “We gave civilians strength, and despite that, they considered us guards.”

During the past few days, statements escalated between the military establishment in the country and the political component, against the background of blaming responsibility for the deteriorating living and economic conditions in the country.

The two sides exchanged critical statements, which revealed clear divisions between the parties to the transitional phase in the country.