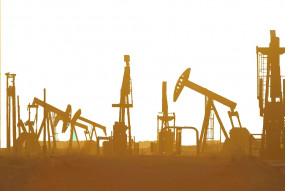 Digital Desk, Kabul. The Taliban-led government in Afghanistan is about to sign a contract with a Chinese firm to drill for oil in the north of the country. The BBC reported that this would be the first major deal with a foreign firm since the Taliban took control of Afghanistan in 2021. The 25-year agreement outlines China’s economic involvement in the region.

Taliban officials on Thursday said security forces had targeted Islamic State (IS) militants who stormed the Longan Hotel in Kabul used by Chinese businessmen. The Taliban said eight IS militants were killed and many more were arrested. At least three people were killed and 18 others, including five Chinese nationals, were injured in the attack.

The BBC quoted Taliban spokesman Zabihullah Mujahid as saying that the agreement to extract oil would allow Xinjiang Central Asia Petroleum and Gas Company (CAPEIC) to drill in the Amu Darya basin. The Amu Darya oil contract is an important project between China and Afghanistan, Wang Yu, China’s ambassador to Afghanistan, told a news conference in the capital Kabul.

The Chinese-owned company is also in talks to operate a copper mine in the east of the country. It is estimated that Afghanistan is sitting on natural resources, including natural gas, copper and rare metals, worth more than $1 trillion. However, most of those reserves are untapped due to decades of turmoil in the country.

The BBC reported that Beijing does not formally recognize Afghanistan’s Taliban administration, but has vital interests in the country, which is at the heart of a key region for China’s Belt and Road Initiative (BRI). Launched by President Xi Jinping in 2013, the BRI provides funding to emerging countries to build infrastructure such as ports, roads and bridges.

America and Germany will send combat vehicles to Ukraine