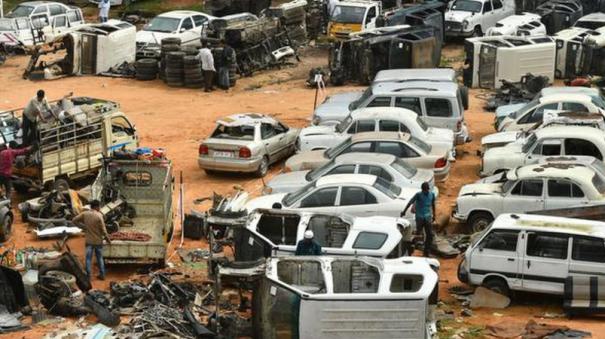 New Delhi: Union Road Transport Minister Nitin Gadkari has also said that vehicles of central and state governments which are in use for more than 15 years will be destroyed from April 2023. This includes old buses owned by transport corporations.

Union Minister Nitin Gadkari has said that 15-year-old government vehicles will be destroyed from April 2023.