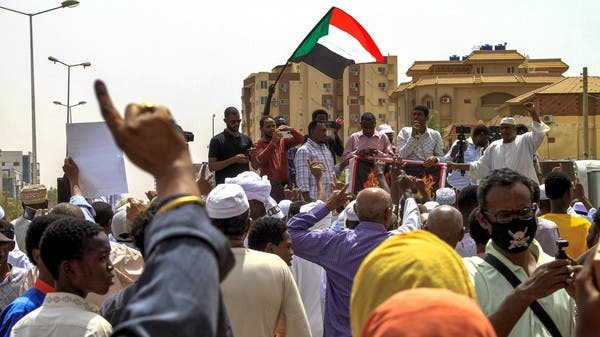 A day before large-scale demonstrations are expected in Sudan, the governor of Khartoum, Ahmed Othman Hamza, confirmed that some bridges in the capital will witness a number of closures.

He added, in statements to Al-Arabiya/Al-Hadath, today, Wednesday, that “our first concern is to secure the participants in the June 30 processions.”

He also appealed to the participants in the marches of the thirtieth of June commitment to peace.

The Sudanese police anticipate the June 30 million, which the resistance committees intend to conduct to the presidential palace in the capital, Khartoum, tomorrow, by announcing several measures that they will take.

From the Khartoum demonstrations on June 1, 2022 (AFP)

In a statement yesterday, it stressed the commitment of its forces to “professionalism, professionalism, restraint, and not to respond to any provocation,” and to work in accordance with the instructions of the field commanders and the accompanying prosecutors, by virtue of their jurisdiction.

For its part, the resistance committees, political forces affiliated with the Alliance for Freedom and Change and the Sudanese Professionals Association issued statements calling on their bases to actively participate in the June 30 million “in order to establish civil authority and achieve justice for the dead of the protests.”

It is expected that the June 30 marches will start at nine in the morning tomorrow for the first time, and according to the committees, “the crowds will not return to the homes before the establishment of the civil authority.”