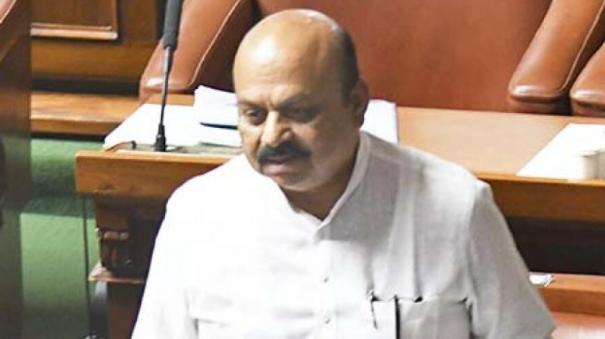 Bengaluru: Karnataka Chief Minister Basavaraj Pommy has said that despite the interventions of influential people, his government is determined to remove the encroachments and will not show mercy.

Officials will soon conduct a survey on encroachments on water bodies and storm drains. Many of the occupations have been converted into building plans. Similarly, the state government has set up a special committee to monitor whether new rainwater drainage constructions are being constructed as per standard guidelines,” he said.

He has allocated Rs 600 crore for the development of Bengaluru city, including that Rs 300 crore will be spent on rainwater drainage. Officials are also planning to set up additional sewage treatment plants to prevent pollution of lakes in four valleys in Bengaluru: Happel, Koramangala, Salahatta and Vrushabavati.

Meanwhile, the Purugath Bengaluru Mahanara Palike (BBMP) has resumed its work of clearing encroachments in areas where rainwater has stagnated due to the recent floods. Work was suspended for two days ahead of the weekend. In earlier encroachments, the Wipro campus, Salarpuria and Prestige buildings were cleared.

Meanwhile, an English daily reported that Wipro had voluntarily helped the authorities to remove encroachments from its Bengaluru campus. Meanwhile, Karnataka Revenue Minister R. Ashoka said, “30-40 IT companies have encroached on Rajagalway in Bengaluru. The encroachments will be removed without any discrimination.”