Govt to take back Cochinur Diamond – Petition to President 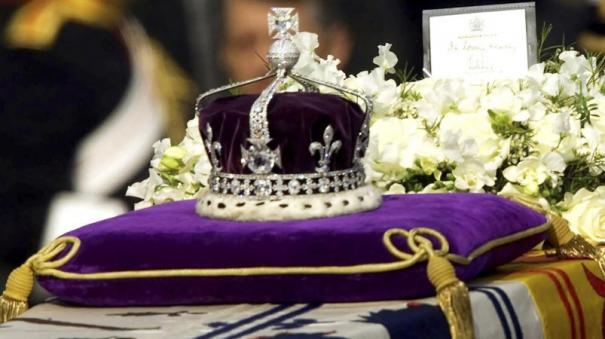 Bhubaneswar: A cultural body has appealed to President Draupadi Murmu that the world famous Cochinur Vairam belonged to Puri Jagannath and steps should be taken to bring it back to India from England.

An organization called Sri Jagannath Sena from Puri has made this request. Details of the petition sent by Priyadarshan Patnaik, coordinator of this organization to the President:

The famous Cochinur Diamond belonged to Sri Jagannath. It is currently owned by the Queen of England. Maharaja Ranjit Singh presented it to Lord Jagannath. Instruct the Prime Minister to take steps to bring Cochinur diamond back to India.

Maharaja Ranjit Singh of Punjab donated the Kohinoor diamond to the Puri mill for his victory in the war against Nadir Shah of Afghanistan.

I wrote a letter to the Queen of England about this. I received a reply letter from Rani on 19th October 2016. In it, it was informed to appeal directly to the UK government regarding this matter.

This is stated in the petition. A copy of the reply sent by the Queen of England is also attached to the petition.

When Priya Darshan asked Patnaik why no action had been taken so far following this letter, he said, “I have not been able to speak to the UK government as I have been denied a visa to visit the UK.”

Historian Anil Theer told a news agency, “The Kohinoor diamond was not handed over immediately. Ten years after the death of Ranjit Singh in 1839, the British took the Kohinoor diamond from his son Duleep Singh. At that time, they knew that the diamond was given to Puri Jagannath. Maharaja Ranjit Singh, “Before his death, he wrote a will to donate the Cochinur diamond to the Puri Jagannath Temple. The will was attested by a British Army officer. The evidence is still in the National Archives in Delhi,” he said.

In response to an RTI query a few years ago, the Archaeological Survey of India had stated that the Cochinur diamond was handed over by the Maharaja of Lahore to the then Queen of England 170 years ago and was never handed over.

At the same time, when the Indian government mentioned the Cochinur diamond in the Supreme Court, the Cochinur diamond, now worth about 200 million US dollars, was not abducted or forcibly taken away by the British rulers. It stated that it was given to the East India Company by the King of Punjab.

The 105-carat Cochinourt diamond that belonged to Queen Elizabeth II of England will now go to her consort, Queen Camilla, after her eldest son Charles was crowned King.