Grandmother of Europe: the Queen of Great Britain Elizabeth II has died 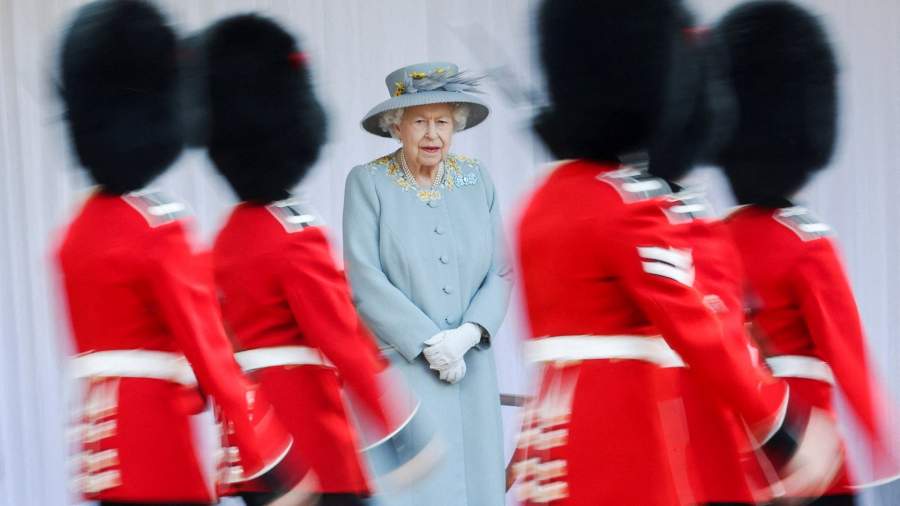 The eldest daughter of Prince Albert, Duke of York, the future King George VI, was born on April 21, 1926, at 2:40 am, in the London area of ​​Mayfair, at the residence of the Earl of Strathmore at Brewton Street, 17. At birth, she received the name Elizabeth Alexandra Maria – in honor of her mother, grandmother and great-grandmother. The girl, whose family name was Lilibet, was educated at home. Lilibet and her younger sister, Princess Margaret, were educated by their mother, Lady Elizabeth Bowles-Lyon, and governess Marion Crawford. The main subjects for the princesses were history, English, literature and music. Subsequently, Marion Crawford, to the dismay of the British royal family, published a memoir about the upbringing of the princesses. However, they spoke about the future Queen of England only in excellent tones: Marion noted her punctuality and organization, love for animals and responsibility.

These qualities, of course, adorned the future queen, although at that time no one thought of Elizabeth in this capacity. She was only third in the line of succession to the throne, after her uncle Edward, Prince of Wales, the future Edward VIII, and her father. However, the situation changed quickly. Edward VIII, having been on the throne for only 10 months, abdicated the crown to marry a divorced American Wallis Simpson, and Elizabeth’s father, the Duke of York, became King George VI. Elizabeth became the heir to the throne, in connection with which she decided to deepen her education. She studied constitutional law under the rector of Eton College, Sir Henry Martin, and taught herself French.

When Elizabeth turned 14, she made her first public appearance in front of the country on the radio. In the program “Children’s Hour”, she addressed with sympathetic words to her peers who suffered from the disasters of war, and assured her listeners that “in the end everything will be fine.” During World War II, on her own initiative, she joined the Auxiliary Territorial Service – women’s paramilitary units, where she received the specialty of an ambulance van driver.

In 1943, she made her first royal visit to the Grenadier Guards, of which she had become Colonel-in-Chief the year before. After that, participation in royal visits with her parents became her official duty. In 1947, together with her parents, she participated in a trip to South Africa. Speaking on her 21st birthday on the radio to the people of the British Commonwealth countries, she said: “I promise that all my life, no matter how long it may be, will be dedicated to serving you and our great family of peoples of the empire to which we all belong. “.

Path to the throne

Elizabeth met her future husband at the age of 8. Philip, Prince of Greece and Denmark, was her distant relative, so their meetings were regular, though infrequent. After one of them, held at the Royal Naval College in Dartmouth, where 18-year-old Philip had entered shortly before, Elizabeth, who was then 13, confessed to her governess that she had fallen in love. A lively correspondence began between the young people, which lasted for several years.

In 1947, shortly after the return of the royal family from South Africa, the engagement of Prince Philip and Princess Elizabeth was announced. To comply with UK law, Philip changed his name and religion. Philip of Schleswig-Holstein-Solderburg-Glücksburg became Philip Mountbatten, renouncing his rights to the Greek throne and moving from the bosom of the Greek Orthodox Church to Anglicanism.

The wedding of the 21-year-old princess and 26-year-old Philip took place on November 20, 1947 and became a real national celebration – the first after the war. More than 2000 official guests were invited to the wedding, the ceremony was broadcast live on the radio, the broadcast was listened to by about 20 million people around the world.

Meanwhile, George VI’s health was steadily deteriorating. Since 1951, Elizabeth increasingly had to perform royal duties in place of her father. According to rumors, this provoked a conflict between the princess and Prince Philip, who, due to the obligation to constantly be at official events next to his wife, had to leave military service, as well as any hope of a non-public private life. This did not sit well with Philip. Gossip about conflicts in the royal family and the infidelity of the Duke of Edinburgh arose later, but the journalists could not find any evidence. Philip and Elizabeth have been married for 73 years – an absolute record for royal families around the world.

King George VI died on February 6, 1952. Elizabeth and her husband at that time were on vacation in Kenya, intending to go on a trip to Australia and New Zealand. Instead, however, she had to return to England and assume royal duties. The coronation of Queen Elizabeth II took place at Westminster Abbey on June 2, 1953.

Liz Truss first officially met with Elizabeth II in the rank of Prime Minister of Great Britain on September 6, 2022, becoming the fifteenth head of the British government (and the third woman in this post) with whom the Queen has worked. Five of them, including Truss, were born after Elizabeth took the throne. However, the Queen’s closest relationship was with Winston Churchill. After his resignation, instead of an official address, Elizabeth sent him a handwritten letter, assuring that no head of government could “take the place of my first prime minister, to whom we owe so much.” At Churchill’s funeral, Elizabeth even decided to break the protocol: she was among the first to say goodbye, earlier than her closest relatives, although according to the rules, the queen always appears last at parting.

During the reign of Elizabeth II in the United States, 12 presidents were replaced. All of them visited the British monarch, with the exception of Lyndon Johnson. The relationship between the queen and the Reagan couple was the most friendly – they visited the royal family several times at Windsor Castle, and once the queen even visited the Reagan ranch in Santa Barbara. The most scandalous, perhaps, was the acquaintance with President Joe Biden. During the official meeting with Elizabeth II, he twice violated strict royal protocol, firstly, by not taking off his sunglasses in the presence of the queen, and secondly, immediately after the conversation, divulging her details in an interview, which is strictly prohibited by protocol requirements.

On January 23, 2015, after the death of King Abdullah bin Abdulaziz Al Saud of Saudi Arabia, Queen Elizabeth II officially became the world’s oldest monarch. However, this is not the only record set by Elizabeth II. As the Guinness Book of Records points out, Elizabeth II set a record among the celebrities of the planet for the number of money with her image. In total, she held six Guinness World Records, including the title of the richest monarch with a personal fortune of £350 million.